TikTok gets a bad rap — and we’re going out on a leg and saying it’s fully deserved. It seems like every week a new trend or challenge on the platform tries to outdo the previous ones in stupidity.

If you think we’re exaggerating, just consider how many stories we’ve published about kids injuring themselves or others imitating something moronic they saw on TikTok. And it just keeps happening.

But even in this sea of stupid, there must be some trends that stand above all others in idiocy. Here are five of the most bizarre and idiotic TikTok challenges that have actually resulted in people getting hurt — or dying. 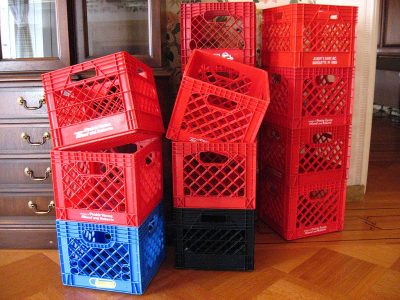 Let’s start with a classic — the Milk Crate Challenge. What you’re supposed to do is build a pyramid out of milk crates and climb over it.

Now, if you’ve ever worked with milk crates, you know they’re meant to stack but they aren’t that stable. A person climbing over them could easily slip and fall from a height of several feet.

And then it happened. In August 2021, rumors started circling on social media that a woman from Dallas, Texas, had died trying the challenge.

The good news is that the rumors are wrong — she didn’t die. But she was seriously injured and got taken to a hospital in critical condition.

Yeah, that’s so much better. 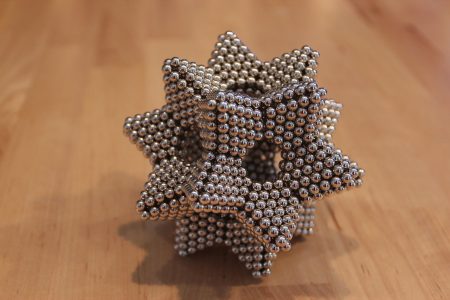 This challenge seems particularly gross since it targets young children. Kids doing the Magnet Challenge would place two small magnets on the top and bottom of their tongues. The goal is to fool their parents into thinking they got a tongue piercing.

But what if the kid happens to swallow the magnets?

Well, that’s potentially life-threatening and will earn you a trip to the hospital. You might also get to enjoy excessive surgery.

Case in point, an 11-year-old British boy managed to swallow five magnets trying the challenge. The magnets ruptured his bowel and the doctors had to remove five inches of his intestines to save his life.

In another case, doctors had to cut off a 9-year-old boy’s appendix, entire small intestine, and a foot of his large intestine because he swallowed magnets while attempting the challenge. 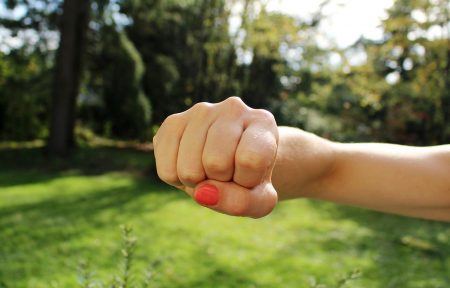 The Slap a Teacher Challenge started as the Bathroom Challenge that dared students to sneak into their schools’ bathrooms and vandalize them. Luckily, filming the act made it easy to catch the culprits.

But that didn’t stop the kids. The challenge evolved into the Slap a Teacher Challenge, which is exactly what it sounds like.

Jackson punched the teacher, causing them to tumble to the ground. She then continued beating the teacher, dealing at least four more blows. 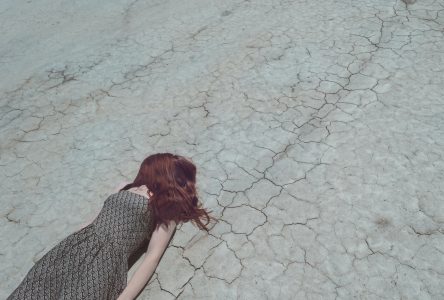 What happens if you don’t breathe? If you guessed “you die,” you’re correct. And some kids are unfortunately finding that out the hard way.

Granted, the Blackout Challenge isn’t anything new — kids have been doing this stuff for ages. But TikTok has given the “let’s not breathe until we pass out” game a popularity boost it didn’t need.

The bizarre trend has resulted in multiple kids dying from oxygen deprivation. In one of the latest cases, two Wisconsin girls died from trying the Blackout Challenge.

Their parents are now suing TikTok. Here’s hoping the lawsuit does some good.

Sadly, it won’t bring any of the dead kids back. 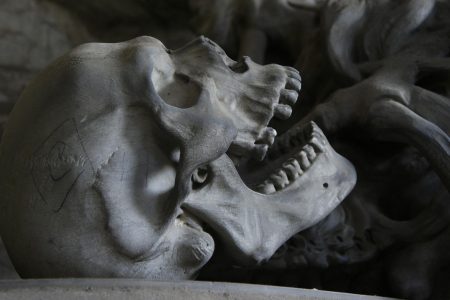 Oh boy, we’re not sure where to even begin with this one. The Skullbreaker Challenge is such an utterly disgusting and malicious thing to do, we’re not sure how it ever became a trend.

So, picture this. Three people stand side by side and the person holding the camera tells them to jump. But as the person in the middle jumps, the two participants to their sides kick their feet out from under them.

What happens to the middle person? Well, they fall down to the ground head first.

This whole thing should sound like a terrible idea to anybody. Yet, we have cases from Miami, New Jersey, and Arizona where kids suffered serious head injuries from falling victim to the “prank.”

Meanwhile, in Daytona Beach, the police have charged two teens with misdemeanor battery for subjecting another kid to the Skullbreaker Challenge.

Seriously, what kind of a complete sociopath do you need to be to think this is a fun stunt in any way?