You really shouldn’t attempt something just because you saw someone do it on the internet. The all too real chances are that something could go horribly, horribly wrong.

In a grim reminder of that fact, a 13-year-old Destini Crane from Portland, Oregon, was rushed to the intensive care unit. She accidentally set herself on fire attempting to recreate a stunt she saw on TikTok.

On May 13, Destini’s mother, Kimberly Crane, was chatting with her mother in the Cranes’ living room. Her daughter, together with one of her friends, was doing something in the bathroom.

Suddenly, there was screaming. Kimberly rushed to the bathroom to witness one of the most horrendous sights of her life.

“It was unreal, heartbreaking. I don’t think anyone wants to see their daughter on fire. It was horrible,” Crane added.

Mrs. Crane pulled her daughter outside and managed to wrangle off her still-burning shirt. Meanwhile, a neighbor called 911 for help.

Emergency responders from Portland Fire and Rescue sped Destini to the hospital. She survived, but not unscathed.

The girl suffered serious burns to her neck and right arm. Doctors have performed a tracheotomy on her, and are now grafting skin onto her burnt areas.

Despite it all, it will most likely be months before Destini regains mobility in her neck, arm, and fingers.

“That is just going to be a lifelong thing, of her doing physical therapy to keep her mobility,” Mrs. Crane said. 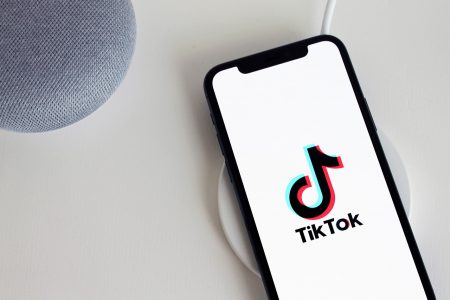 So how did this all happen? Destini hasn’t been able to speak since the accident, but it’s pretty clear how the events proceeded.

First clue comes from Destini’s sister, Andrea. She said that Destini’s friend kept screaming about how they were “filming TikToks” while Destini was on fire.

Secondly, there were some items in the bathroom that clarify the situation further.

“There was a capped bottle of [rubbing] alcohol sitting on the counter, and the whole side of it had busted open, and there was a lighter and broken candle,” Andrea said.

Then there was Destini’s phone on which she had been recording a video. The recording never stopped even as the bottle of alcohol exploded in the poorly ventilated bathroom.

Finally, Mrs. Crane said that her daughter “lived for TikTok.”

Mrs. Crane and Andrea concluded that Destini and her friend had been trying to recreate a TikTok video that has been making rounds lately. In it, a man sprays a figure on a bathroom mirror with hairspray before lighting it on fire.

Keep an Eye on Your Kids

Before anyone gets on their high horse, we’d like to point out that TikTok’s minimum user age is 13. Destini wasn’t violating the platform’s terms of service.

Despite that, Mrs. Crane and Andrea now feel they should’ve been paying more attention to Destini’s online hobbies. Like they say, hindsight is 20/20.

“Monitor what kids are looking at because they can put themselves in dangerous situations without even realizing it,” Andrea said.

Rob Garrison, a firefighter from Portland Fire and Rescue agrees with Destini’s family. He urged parents to talk to their kids about the things they might see online.

“You’re not only putting yourself in danger; you’re putting your entire family and anybody who is in that building in danger,” Garrison said.

“This is maybe one of the most dangerous things I’ve ever seen anybody do in my life,” he added.

Coming from a professional firefighter, that’s saying something.

Unfortunately, this is by no means the first time attempting to imitate a TikTok video has left youths hurt – or worse.

In January 2020, a 13-year-old boy was knocked unconscious and left with a serious concussion after hitting his head on the ground. An investigation revealed that two of his friends had played a cruel prank on him, known on TikTok as the “skull breaker challenge.”

The stunt involves tricking the victim to jump up into the air. While mid-jump, the supposed pranksters quickly swipe the victim’s feet out from under them, sending them crashing down.

We say “supposed pranksters” since the whole thing could very quickly turn into manslaughter. The two other boys in this case have been charged with third-degree aggravated assault and third-degree endangering an injured victim.

The challenge has caused injuries on several other occasions as well. At least one teenager in Brazil has also died after being “pranked.”

Another unfortunate fatality came in September 2020. A 15-year-old girl from Oklahoma overdosed on anti-allergy medication Benadryl.

She had been attempting what’s called the “Benadryl challenge” on TikTok. It involves taking an excessive amount of the medication, which can have serious – and fatal – side effects.

A Benadryl overdose can cause, among other things, sleepiness, blurred vision, coma, seizures, and cardiac arrest.

You can’t help but wonder who keeps coming up with this stuff. Seriously, please don’t imitate stupid things you see people do on online videos.