We put forwards the proposition that people never learn. As evidence, we present yet another stupid TikTok fad that’s both injuring people and has so far led to the arrests of dozens of teens.

We’ve covered TikTok “challenges” like this before, like the one that led to a girl setting herself on fire or the one that banned UK kids from buying beans. But this latest fad is the most idiotic yet.

First of all, do you know Orbeez? They’re those little plastic pellets you can throw in water and they swell into squishy, gelatinous balls.

Well, the kids have come up with the bright idea of loading air guns with them. They then shoot strangers with them while filming the whole thing for TikTok.

We don’t know whether this so-called “Orbeez Challenge” (where’s the challenge?) actually originated on TikTok, but it’s sure proliferating there. There’s a silver lining, though — it’s very easy for cops to find out the identity of the TikTok channel’s owner and give them a surprise visit. 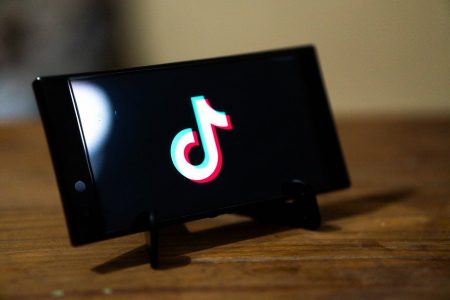 ‘It Was Very Scary’

Now, Orbeez might be soft and squishy in themselves. But when one comes hurtling at you after some kid fires it out of an air gun, they still hurt.

And what if it hits you in the eye? That’s just what happened Andrea Alonso, a ninth-grader from Charlotte, North Carolina.

She was talking to some friends at Olympic High School one morning in March, when she suddenly doubled over in pain. Something had hit her eye.

Surprise, surprise, it was an Orbeez ball. Andrea got taken to the school nurse, and while she treated her, the teen called her mother, Ana Rosa Alonso.

By the time Alonso got the school, the nurse was about ready to take her daughter to the hospital.

“It was very scary. I was shaking because I didn’t know what the damage was,” Alonso told The Daily Beast.

“She told me it was in her eye, so I was thinking something really bad, like she could lose her eye.”

Luckily, it seems Andrea gets to keep her eye. Doctors told her she doesn’t need surgery, and although her vision is blurry, she should regain it soon enough.

But Andrea Alonso isn’t the only person to fall victim to the Orbeez terrorists. And in many cases, the perpetrators are pretty much getting treated as such.

Multiple teenagers have been slapped with felony charges. They’re endangering not only the health of others, but also themselves.

NYRP Detective Sergeant Joseph Giacalone said that a kid waving an air gun around could “most definitely” get themselves shot, especially if the gun looks anything like a real thing. “People are carrying firearms all over nowadays,” Giacalone warned.

Let’s take a look at some Orbeez shooting cases and their end results from all over the country. For your reading convenience, we’ve collected them into a handy list.

We could keep going for a lot longer, but we think you get the point. In some cases, the teens have even frozen the pellets before shooting, leading to more serious injuries.

“Parents: This has gotten out of hand,” the Peachtree City Police Department wrote on Facebook.

“The police department will be pursuing criminal charges on all persons caught discharging these weapons at other persons on city property. In some cases, it could result in felony charges and parents could also be liable for the actions of their kids,” the PCPD reminded.

It’s hard to say what kind of sentences we’re likely to see for the Orbeez shooting. It all depends on what the teens are charged with and how old they are.

Alonso, for her part, doesn’t have high hopes of seeing the kid who shot at her daughter properly punished.

“The school knows who it was. I think he’s facing charges from the school officer, but I don’t think it’ll be big charges — they told me something about a juvenile arrest to be released to his parents.”

“I don’t know if the parents will be willing to pay the medical bills for my daughter,” she added.

“The parents have to be responsible for their kids’ actions, because this is not right,” she said.