Playing chess requires cool, composed thinking. Even in the face of the most difficult situation, you have to remain calm if you want to win.

You simply can’t let your emotions get the best of you, and you definitely can’t get violent. At least, if you’re a human.

But nobody apparently told a Russian chess robot about this element of the game. During a recent game, the robot grabbed and broke its seven-year-old opponent’s finger.

“The robot broke the child’s finger — this, of course, is bad,” Sergey Lazarev, president of the Moscow Chess Federation, told the Russian TASS news agency.

Talk about a matter-of-fact response.

Luckily, the bloodthirsty machine doesn’t seem to have done any permanent damage. The boy was able to return to games later — albeit with his finger in a cast. 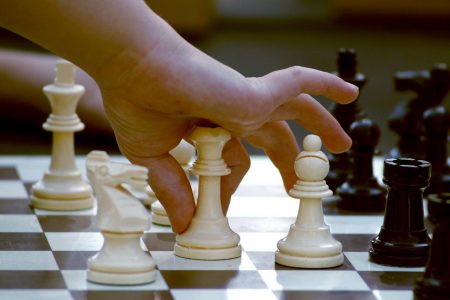 The incident happened during the Moscow Chess Open competition in Russia. The event ran from July 13-21.

Toward the end of the competition, on July 19, the boy — whose name hasn’t been made public — was playing against an unusual opponent. His opponent was an AI-powered chess robot.

People playing chess against a computer isn’t anything new, but this wasn’t just a computer. It was a full-fledged robot that observed a physical game board, made the appropriate calculations, and then used a robotic arm to move a piece.

A video of the incident started circulating on social media soon after it happened. We won’t link to it out of respect for the child, but it shows exactly how the whole thing happened.

The machine made a move and captured one of the boy’s pieces. As the robot’s claw started removing the piece from the board, the boy immediately moved his rook to replace it.

“The child made a move, and after that, it is necessary to give time for the robot’s response. But the boy hurried, and the robot grabbed him,” Lazarev said.

Such a hasty move was against the robot’s safety measures. And we’re about to find out why.

Can’t Keep a Champ Down

The robot, seeing the new piece in place, must’ve thought that it missed grabbing the original piece. So, it reached in for the rook — but grabbed the boy’s finger by accident.

Of course, the robot didn’t know whether it was holding a chess piece or a human finger. As it tried to remove the “piece” from the board, it began to twist the boy’s finger.

The video shows that the boy’s hand was in the robot’s grasp for about 15 seconds. After that, two bystanders were able to pull the claw open and set the boy free.

Unfortunately, by that point, the robot had already broken the boy’s finger bones.

You might think that’d be the end of the boy’s chess tournament, but he proved himself to be tougher than you’d expect. After a visit to a hospital, the boy returned to finish the tournament with a cast on his finger.

“The child played the very next day, finished the tournament in a cast, and the volunteers helped to record the moves,” Lazarev said.

We couldn’t find out whether the boy or the robot won their game. But we’d hazard that the robot forfeited by physically injuring its opponent.

This wasn’t the first time the robot played chess, but it was the first time it had injured a player. According to CBS News, the Moscow Chess Federation had rented the robot several times and it has worked without issue.

Lazarev was also quick to point out that the Chess Federation doesn’t actually own or operate the robot.

“We have nothing to do with the robot,” he said.

Yet, the boy’s parents aren’t exactly happy. According to Lazarev, they’re entertaining the idea of contacting a prosecutor.

“We will communicate, figure it out, and try to help [the family] in any way we can,” said Lazarev.

He also called for the robot’s manufacturers to improve their safety standards.

“The operators overlooked it … [They] will have to think about strengthening protection so that this situation does not happen again.”

But perhaps we should’ve seen this coming. The incident got a lot of attention on social media — including from Garry Kasparov, one of the all-time greats of chess who famously lost his 1997 match against the Deep Blue computer.

“I tried to warn you!” Kasparov tweeted.