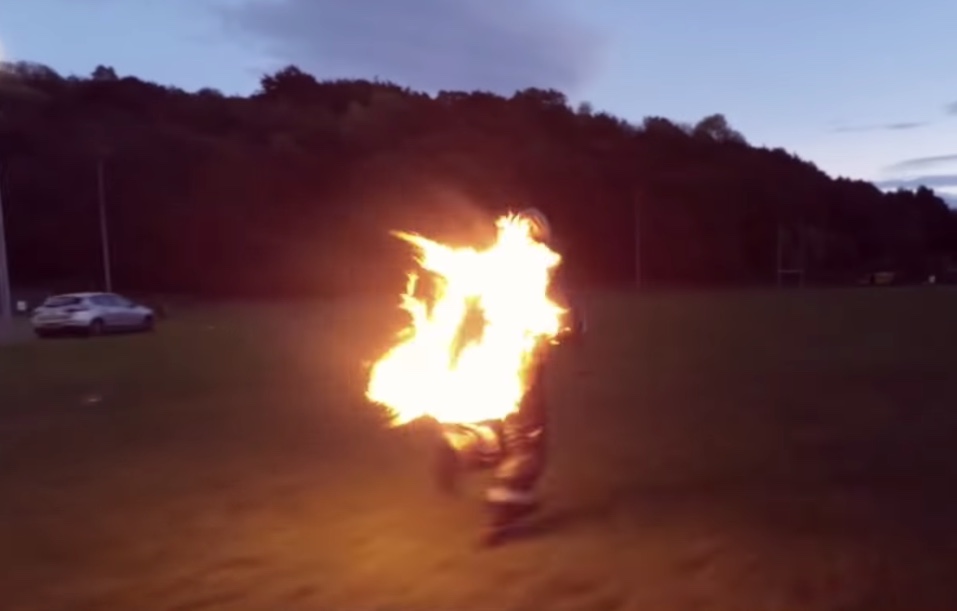 The latest Guinness World Record doesn’t involve a real Iron Man suit or back-flips on a teeter-totter but it’s just as awesome to watch.

When asked by his friends to do a charity run, Britton came up with a bigger idea. He’d do it while on fire.

A crowd at Huddersfield Rugby Union Football Club watched Britton set both records — the 100-meter sprint took just 24.58 seconds, giving him his first Guinness World Record, and his run total of 204.23 meters took the crown for the longest run while on fire.

The record attempt was to help raise money for Candlelighters children’s cancer charity and which Antony says was an “honour” to run for.