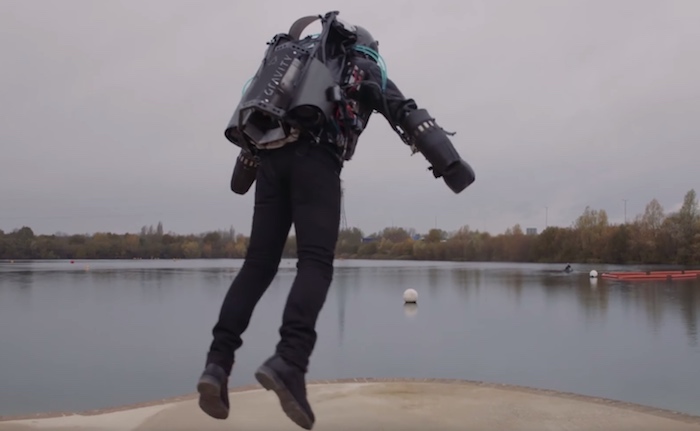 Every day, the world takes one step toward real-life superheroes roaming the Earth. Granted, these humans need a little help from technology, but last week we didn’t have a real Iron Man hanging around and now ZOOOM!

Richard Browning jet packed his way around a park in the city of Reading in the UK, hitting a maximum speed of 32 mph. His one-man flight in a suit of his own creation was good enough to set a new Guinness World Record.

Browning tried and failed several times over the years to take flight. In an interview with Wired.com, the inventor explained his flight suit was powered by wings and electric fans. He quickly surmised that it would be easier to strap a jet engine to his body.

The current suit, nicknamed “Daedalus,” is an exoskeleton attached to six gas turbines. The turbines have a combined thrust of 286 pounds.

Browning is even fielding requests for more information and possible replication of his suit but strictly for humanitarian purposes. Search-and-rescue agencies, military researchers, and even Hollywood producers have contacted the pilot. So far, no evil criminals have captured Browning and demanded he builds them a Daedalus of their own.

Browning’s feat is impressive but check out these actual real-life heroes (no jetpack required).