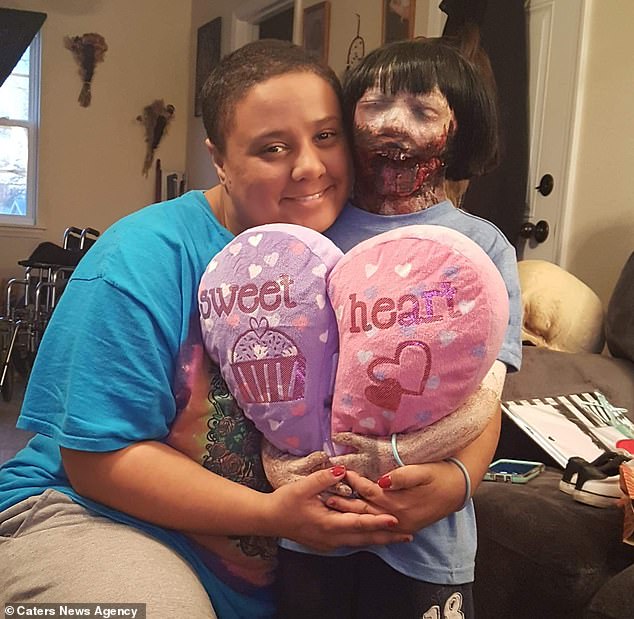 We’ve brought you people who are in love with their blankets, airplanes, and even a pirate ghost. But taking it just one step further on the creepy scale is Felicity Kadlec, who has fallen in love, publicly declared this love, and in fact, even married her childhood zombie doll. Let me go by that one more time, just so we’re clear. The doll her father got her when she was 13. The creepy zombie kid that’s missing the bottom of her face. She named it Kelly and took it to Rhode Island to marry it. “It couldn’t possibly get any stranger than that!” says the imaginary other-half of this conversation. Oh-ho, ye of little faith. It can, and lo it does, get stranger and that.

Felicity Kadlec is originally from Massachusetts and now residing in my home town of Vinita, Oklahoma. She received Kelly, the zombie doll when she was 13. Felicity received the doll from her father who sadly past last year.

After her father’s passing, Felicity decided to speak up about the love she found – in her fake, undead looking, childlike doll.

The ceremony cost all of $500, which covered the wedding dress and tux (Felicity wore the dress, Kelly the tux) and decorations for the outdoor wedding. 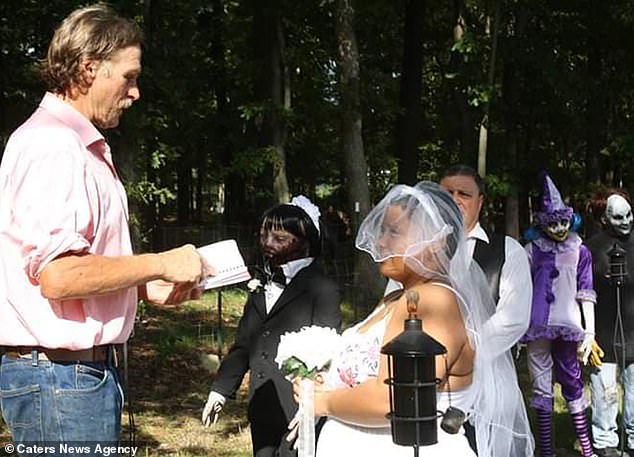 Felicity says marrying Kelly has made her feel close and more intimate with her.

Felicity said in a quote to the press…

‘I made sure that the whole wedding was done properly so it would be as official as possible, and we consummated the marriage afterward.’

‘I married Kelly but only because I accept her for who she is, I look past her bloody face and I don’t mind her not having a jaw.

‘Also her spirit and personality traits made me know that she was the one for me and that I wanted to spend the rest of my life with her,’ she added.

‘To me, she is perfect, and I can feel that she loves me very deeply and I can sense her happiness since we have married.’

‘I am intimate with Kelly – I caress her and feel safe with her, and I feel a genuine connection when I’m having an intimate moment with her.’

As long as she’s not hurting anyone and is happy… More power to her. It takes all kinds to make this little world go ’round. And Felicity is just one more kind unto herself…