And more ghost stories? Stories about people who love ghosts, marry them, and have sex with them? Here’s the other news I wrote about recently; Woman Has Sex with Spirits, and is Engaged to One.

Like I said before, I cannot make these things up! And for all the details on this story, here it is.

“So I feel it’s time to let everyone know that my marriage is over,” Amanda Sparrow Teague shared on social media this week. “I will explain all in due course but for now all I want to say is be VERY careful when dabbling in spirituality, it’s not something to mess with.”

Teague is a Jack Sparrow impersonator. She married a Haitian pirate from the 1700s who was executed for thieving. The marriage ceremony was conducted by a shaman priest and took place in international waters on a boat. Of course it did, they are both pirates! 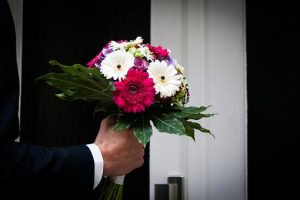 According to some fact checking, the marriage was not legal.

“Growing up in Ireland in my era, you were taught that if a man bedded you, he should wed you,” Teague said “I knew from my research that spiritual marriage was a thing, so it was more me that wanted to get married than him — he would have been happy like most men with just sex.”

Her affair started happily in 2014 when she says she suddenly felt the spirit’s energy in her bed. She said that her and the spirit sat and watched tv and drove “together,” that is to say she did these things and the spirit was “with” her. After all this time spent together, Teague began to develop “strong loving feelings.” Aww.

And that was that, until it wasn’t. Who else will end up with a ghost before the end of 2018?