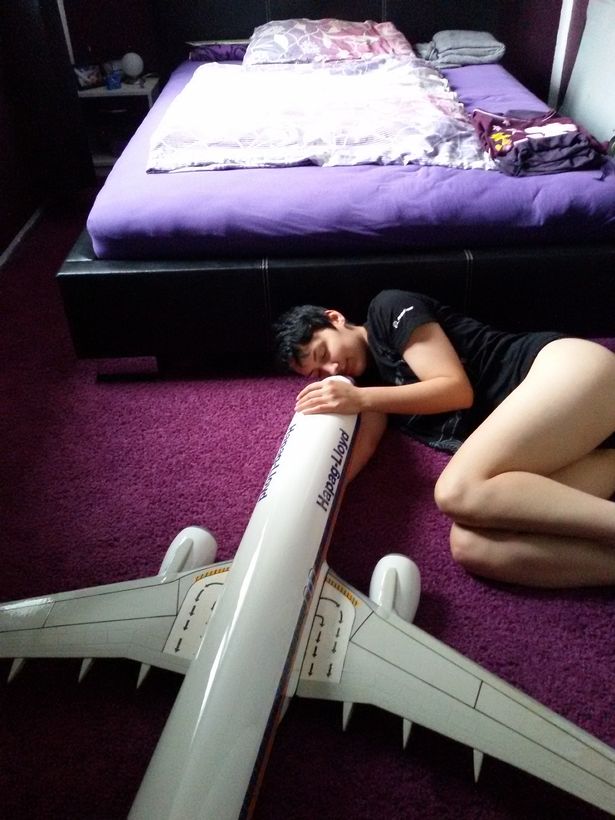 Last week we brought you a woman who announced she was marrying her duvet. This week we bring you another instance of Objectophilia. Objectophilia is a form of sexuality focused on particular inanimate objects. What’s this week’s object? a 737-800 Boeing airplane.

How many rom-coms take place in an airport? None quite like this one.

Michele Kobke from Berlin, Germany recalls meeting Schatz and first being attracted to his wings, winglets, and thrusters.

What’s that? Oh. Yes. She calls the airplane Schatz. The two have been dating for five years and she sleeps with her boyfriend every night. Or at least parts of him. Or a decent 5′ replica.

Kobke has purchased components of the plane, such as the panel she’s pictured sharing a smooch with. At least we assume it’s smooching back and not frozen in impotent revulsion. It’s hard to tell. 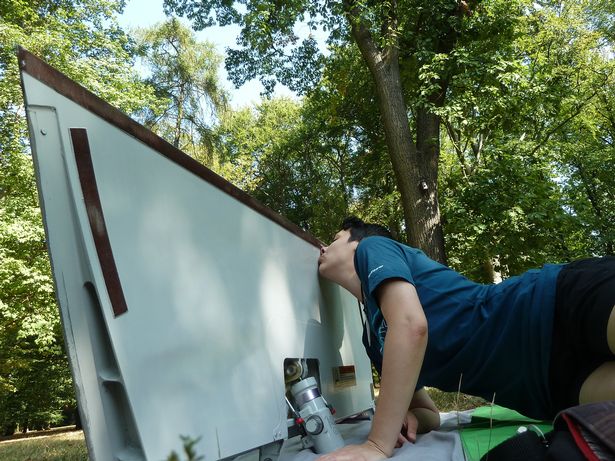 Kobke claims her family has taken the news of her long-time boyfriend “quite pleasantly” and announced they plan to wed.

Kobke says she gets a lot of hateful comments, people calling for her to seek therapy or telling her she’s sick. She claims she’s never been so happy.

“I sleep with my darling every night, either with real components or 1.6-meter model. Intimacy is part of our relationship.

“I want to marry my sweetheart and live together in a hangar. It’s a special kind of love and it does not hurt anyone.”

While no one is kink-shaming, be intimate with whatever inanimate object you chose to, to marry one and personify it as having feelings and can communicate does seem rather odd. The weddings are private ceremonies and many women have legally changed their last names to reflect the bond. Consequently the legal status of the marriages are a curiosity when you talk about people from countries other than the U.S.

The majority of folk who identify as Object Sexual are female and many have been diagnosed to be on the Autistic spectrum.