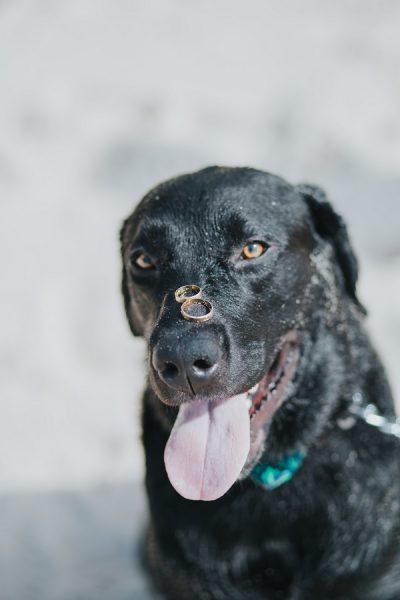 Till Death Do They Part

The ritual is conducted by the regional Santhal tribed whenever a baby’s first tooth appears in the upper portion of their gums. The tooth placement is believed to be highly inauspicious, and a hastily arranged wedding ceremony between the child and a dog is believed to be the only way to effectively ward off evil spirits. The wedding is purely ceremonial. The children are allowed to marry someone else later in life. They don’t even have to divorce the dog!

The Wedding Was Caught On Video

The video was captured on February 23, in Bariyan village. The villagers wore bright-colored clothing. Wandering drummers provide an upbeat soundtrack to the festival, though no doubt bewildered by the attention. The boy wore an extremely handsome blue checkered headdresses, while his bride wore a pink and white dress.

There Was Another Boy Married Off To Ward Off Tigers

Another baby boy was married to his neighbors’ dog because they said it would stop the boy from being eaten by wild animals. Around 150 tribe members were there for the ritual. “We performed the marriage because it will overcome any curse that might fall on the child as well on us,” the boy’s father, Sanarumala Munda said. The laws in India do not recognize weddings between people and animals, but the ritual is seen as a survival method. The dog was set free to roam around after the ceremony. No dowry was exchanged. The boy will be able to marry a human (or his blanket, or his doll, or heck, even his sister apparently!). Whom or whatever he chooses to marry he can do so in the future without filing for a divorce.