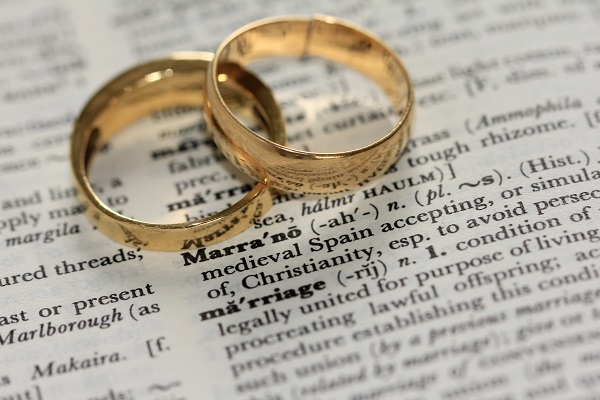 Oddee has covered a lot of weird marriages: Vinta, OK Woman Marries Childhood Zombie Doll, Irish Woman Exorcises Her Ghost Husband For Being A Pain In The Butt, and Ohio Woman Finds Out Years After Her Husbands Death That He Was Her Father. Now we will cover the story of Debby Zutant and her Husband/Brother Joe Burns…

Once Again, A Florida Story

51-year-old Debby Zutant from Key West, Florida married her long-lost brother Joe Burns five years ago. They had been together for 15 years by then. They shared the same father, but were raised by their mothers and had different surnames. They said that experienced GSA (Genetic Sexual Attraction), a condition where people fall in love with their long-lost relatives. Debby and Joe said that they met in 2004 when Debby was 35 and Joe was 23 and that it was ‘love at first sight.’

They Were Together For 10 Years Before Telling Their Families

The couple moved in together within two weeks of their meeting. They hid their relationship for ten years and said that authorities never noticed they were family because of their different surnames. Debby decided to speak out two years ago in a bid to raise awareness about GSA and insists she is not ashamed of her relationship with her brother.

“Although Joe and I are siblings, when we met, we both fell madly in love with each other. I know we share the same blood, but we never grew up together so it is completely different from other siblings. I was adopted when I was three, I always felt something was missing and yearned to find my real family.” Debby found out about Joe when she hired a private investigator to hunt down her biological parents. “When I was reunited with my mum and dad, my father told me that I had a half-brother called Joe. He showed me a photo of him – I’ll never forget staring at the man who had the same dad as me. I was so curious to meet more of my family, so decided to get in touch with Joe.” The following year, 2004, Debby met Joe at a family party in New York.

“It sounds so cliché, but when Joe and I both locked eyes, it really was love at first sight. For the first time in my life, I felt like a whole person. It was like we were two missing pieces of a puzzle finally coming together,” she said. The next night Joe asked Debby out for dinner. Debby said that at the date was when Joe confessed he felt the same way about her.

“Before we went for dinner, I felt like I was getting ready for a date, I was having second thoughts because I couldn’t get him out of my head. However I was relieved when Joe told me at dinner that he thought I was beautiful, and we both admitted we had feelings for each other. After our second date, we made love. It didn’t feel weird at all – it felt natural and like we belonged together.”

Debby was worried about what others would think of their relationship and decided to research her feelings online. That when she found out about GSA and realized that she wasn’t the only person who had fallen for a long-lost family member. The following week they moved in together.

“Whenever we had visitors, we would pretend that Joe slept in the guest room. “And when we attended family parties, we pretended to just be brother and sister. Sadly, mine and Joe’s dad passed away three years after we met, so he never ended up finding out about us. I only told my close friends, thankfully they all told me to just be happy and that they supported me. Joe didn’t tell a soul; I knew he was afraid of what people would think.” In 2005, Debby and Joe started an Art Business in Florida. And then they told their family in 2014. “I was a nervous wreck when I told our family. But it turned out a lot of them had already guessed what was going on. They all said that as long as me and Joe were happy, they would never judge us.”

Despite It Being Illegal…

Debby and Joe got married a year later. People who marry their siblings face up to 15 years in jail and a $24,000 fine. “Although it’s illegal, Joe and I got married, we are too in love to care. The registry office didn’t notice we were related as we had different surnames, so we got away with it. We then had a second ceremony on a boat in Cuba under the sunset. As we gazed into each other’s eyes, I knew I wanted to be with him for the rest of my life. When we returned home, we had a third wedding celebration with our family and my adoptive family. Now Joe and I have been together for 15 years, and have been married for nearly three years. Funnily enough, we never actually talk about being related; it’s a stupid taboo that hopefully won’t exist in the future. I think our dad would have accepted us, after all, he would want us to be happy like the rest of our family do. You can’t help who you fall in love with, love is love.” Unfortunately, the couple have separated citing tension because of Joe’s mother moving in with them. Read more of this story on Daily Mail.co.uk.