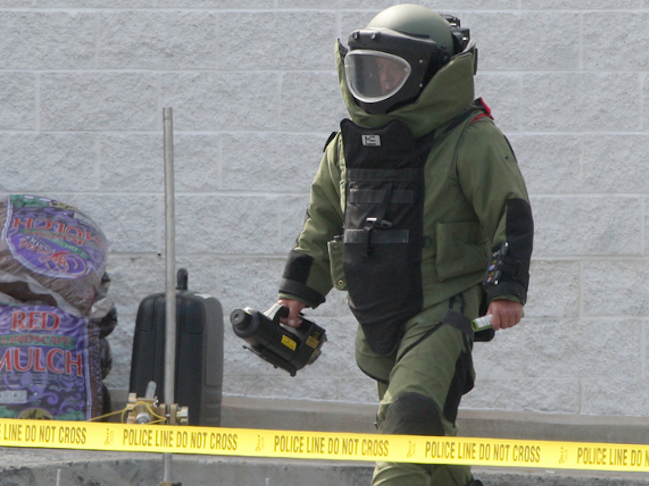 An 81-year-old man from Bretten, Germany contacted police in a panic last week. He thought he’d stumbled upon a decades-old bomb in his vegetable garden. It turns out the weapon of mass destruction was a huge dud.

According to experts on the scene, it was a zucchini. But an incredibly dangerous looking summer squash. It could have destroyed countless salads or vegetable lasagnas.

The local police posted a photo of the supposed “undetonated WWI device” on their Facebook page.

The AP explains that “WWII-era bombs have been unearthed in Germany before” which have necessitated evacuation. No evacuation was necessary in this case.

Officers admitted that the zucchini really did look like a bomb and that someone probably just threw it over the man’s fence. Good police work, boys.

For more stories about safe bombing, check out this history of yarn bombing or some foods that did actually lead to crimes.