While some people love shoes, others prefer to go barefoot. But the fact is, most of us need to wear shoes to get through our day. With endless options, we are really living in the time of shoes.

But it wasn’t always this way. Culturally, typical shoes went from comfortable and functional to binding and just weird. This isn’t to say more recent shoes are less weird, but, you’ll see.

Here are 10 weird pairs of shoes from around the world. 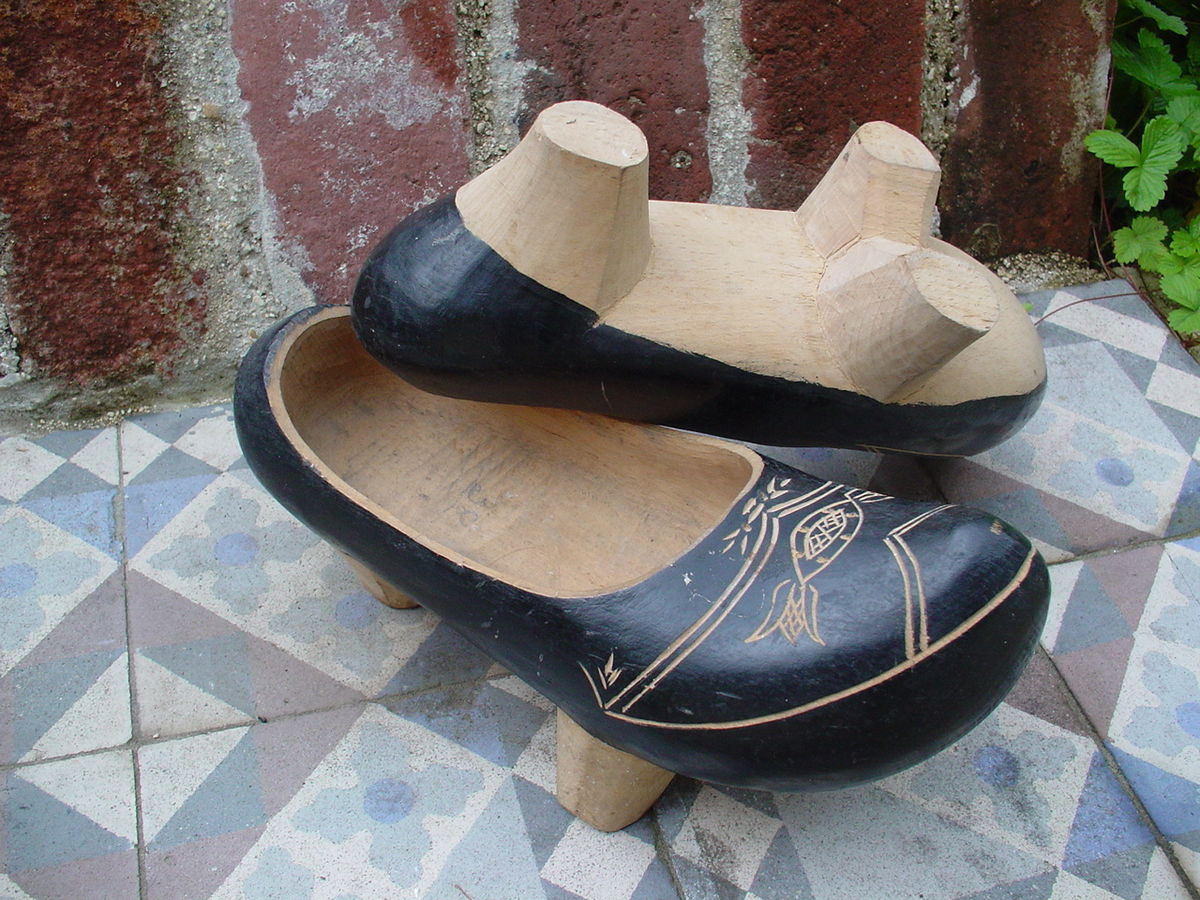 This traditional shoe was common for peasants from Cantabria, in the northern region of Spain. These “outside” shoes were best to keep your feet elevated and out of the elements, including mud, snow, and especially cow poop. These shoes are made from beech, birch or walnut and the bottoms can be replaced when they are worn out. As for the style, these shoes can be personalized. Albarcas are more or less designed on the front part of the shoe. 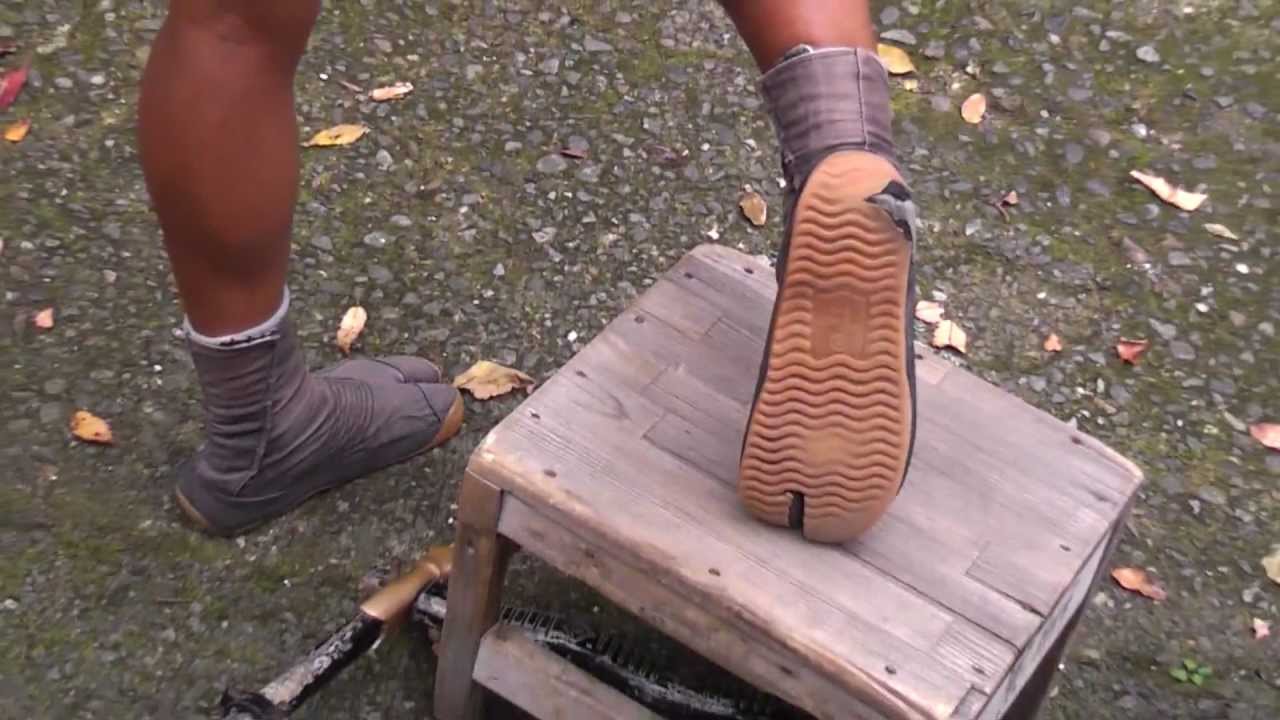 These shoes are Japanese in origin and also are for the outdoors. Known as tabi boots, they are modeled after tradition split-toe Japanese socks. These shoes are tough, boot-like and made with heavy, sturdy materials and rubber soles. Japanese workers commonly wear these shoes, from farmers to construction workers. People prefer these rubber, flexible soles to the newer versions of the shoe, complete with steel toe shoes.

And for Japanese flip-flops, these are it. Though they are clog-clog like too, in that they are made of wood. These shoes, too, elevate your feet from the ground and you will see them typically worn with a kimono or yukata. Geta are especially popular in the summer months and sometimes worn with “western” clothing  There are different types of geta, with the most popular are made with a wooden board and have a cloth, like thong (think flip-flops) that passes through the toes.

High heels for men was the most fashionable in the 1700’s. Men wanted to show off their legs, so heeled shoes and fancy, thin stockings, also known as hose, were the desired look. Louis XIV was very short but as king wanted to been seen as big and powerful, and wore heels for this purpose. The people wanted to copy the looks of the king and therefore heels for men became popular with the men. These high-heel shoes were in and heavy boots were out. The heels were decorated, too, and had ribbons, rosettes, and buckles.

These shoes aren’t entirely different from today’s footwear and could almost pass as an eclectic looking pair of Toms. Popular in the mid 20th century, these shoes were worn daily in Finland. These birch bark shoes were worn with cloth foot wrap inserts but also as over shoes, to protect your shoes from the elements. Like the name suggests, the shoes were made of birch bark, but also with linden or lime-tree bark. Other countries such as Norway, Sweden, and Russia all have their own version of these shoes which, unfortunately, only last about a week. 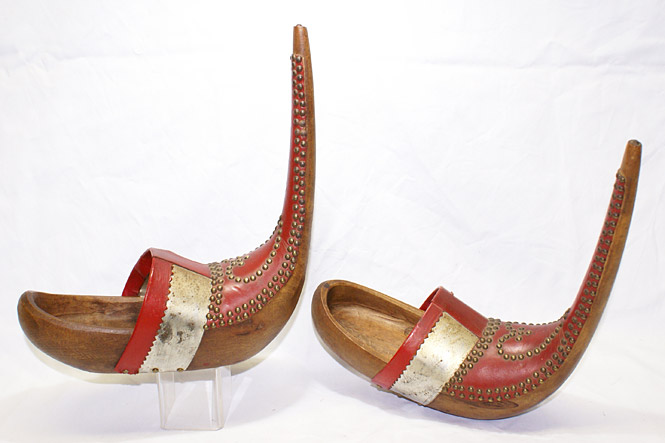 These bridal shoes were created by village men for their future bride, and the higher the point, the more love he had for his girl. Originally from the Bethmale Valley, these shoes date back to the 9th century, when villagers took over a Moorish camp who had kidnapped their village women. Then the villagers pricked the hearts of their enemies with the pointed tips of their clogs to celebrate their takeover.

In China, the smaller your feet were, the better. But to get your feet so small, you had to train them, constrict them and force them to be this way. This is where the Lotus shoes come in. Chinese women wore these shoes from the 10th century throughout 2009, when the Zhiqiang Shoe Factory announced they would only continue to make the shoes for special-orders.

The tradition was that as a part of her dowry, each bride would make several pairs of the shoes to not only show off her needlework, but also her small feet. Then, after she was married, she would gift each main in-law female a pair of them at a ceremony dubbed “dividing the shoes.” Oftentimes the shoes were made out of black cotton or silk, with a flatter heel. To protect the shoes from the dirty streets, the shoes sometimes had iron or wooden studs to raise and protect the fabrics and delicate materials. 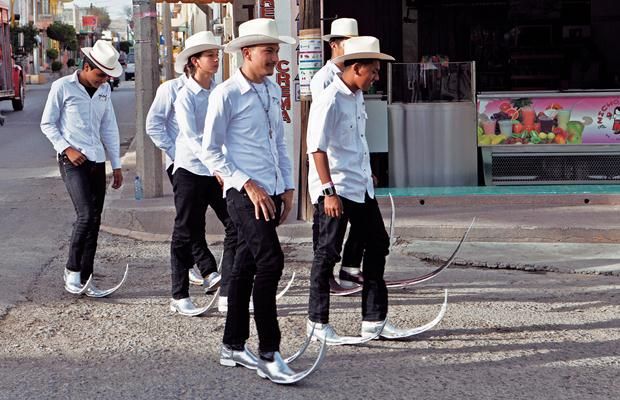 This fashionable style of boot is designed with Pinocchio-long toes and popular for some men in parts of Mexico. These boots originated from Matehuala, Mexico. Mexico pointy boots became popular around the same time as “Trance Music” and they have become the preferred shoes for dancing to electronic music.

Heelless shoes first came to the runway in 2007 and then were seen everywhere thanks to Victoria Beckham later in 2008. The designer claims that even though these shoes look more than painful to wear, that they, in fact, don’t hurt the wearer any discomfort. According to the designer, “They are perfectly balanced. When the girls come for fittings, they look a bit daunted, but by the end they say it’s just like wearing a regular shoe.”

These shoes may not be traditional, but they are a runner’s best friend and are awesome for anything outside, according to the people who love them. These minimalist shoes are designed to make you feel as if you aren’t wearing any. With their flexible soles and foot-like shape, these shoes even have space for each of your toes. These “five-fingers” were originally made for yacht racers to help them stay sturdy on the deck without the heavy, non-contact feeling of shoes.

With so many shoes out there, these weird options probably aren’t lining your closets. But then, again, maybe they are.