Did you already read our article about the advances the CBD industry has made in 2020? The products have gotten more effective, cheaper, and more consistent in quality.

The increased quality and potency of CBD has opened whole new avenues of use for the stuff. One of the more novel uses for CBD has emerged in Poland, where zookeepers are trying to use it to help a depressed elephant.

That’s right. Elephants are sensitive and intelligent animals, and can have strong reactions to negative life changes – just like people.

ElephantVoices – a charity dedicated to protecting elephants – says wild elephants can become grief-ridden and depressed. Some observed causes include abduction for their natural environment, stillbirth of an infant, or a death in the herd.

It seems elephants in captivity are not immune to sadness either, as a death of a loved one is what starts this story. In March, the African bush elephant herd of Warsaw Zoo went from four to three, wrote BBC. 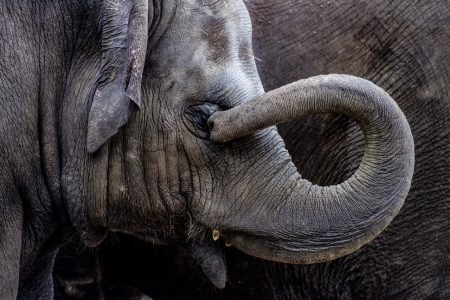 Erna, the largest elephant in the zoo and the herd’s matriarch, passed away. African elephants usually live to 40-60 years old, but Erna was only 35 when she died.

The death of the herd’ leader affected all the other elephants. But a young elephant known as Fredzia took the loss particularly hard.

According to the zookeepers, they noticed an almost immediate change in Fredzia’s behavior.

“Fredzia reacted strangely when she saw Erna’s body. She was really excited. But you could see that she was also grieving actually, she was also depressed,” said Warsaw Zoo Animal Rehabilitation Department head Dr. Agniezska Czujowska.

Fredzia started to have issues establishing a new connection with another female elephant, Buba. According to the zoo, it might take years for a herd to recover with a new sense of unity after the death of an elder.

“This is a huge game changer in every elephant group. Elephants might have behavioral problems when the structure of a group changes,” Czujowska explained.

‘This Is the Experiment’

While the experience was distressing to Fredzia, and no doubt to her keepers, it presented the zoo with a scientific opportunity. Zoo animals are often prone to anxiety, and Warsaw Zoo was looking for new treatments to help them.

CBD oil was one of the potential experimental cures. According to BBC, Fredzia was chosen to be the test subject as she was undergoing stress and also because elephants are “relatively easy to monitor”.

The first stage of the experiment is already finished. It involved the scientist collecting material from the elephants to measure their level of cortisol – a major stress hormone.

More precisely, the collected materials included feces, saliva, and blood. This is the profession the zookeepers chose.

“We are planning to give them the CBD and measure the cortisol again. This is the experiment. Then we know for sure whether the CBD is working or not,” said Czujowska.

As with CBD marketed for human uses, the oil will not get the elephants high. In fact, Czujowska doesn’t expect there to be any mentionable side effects.

“It’s not very potent. The only side effect will be some behavioral changes. We will have to manage these to achieve the results we want,” she said.

The drug will be administered to the elephants as drops or mixed into their food. According to Czujowska, Warsaw Zoo is the first place in the world to attempt elephant stress treatment with CBD.

Here’s hoping Fredzia gets at least some help from the oil.

So What Is This Whole CBD Thing?

CBD – short for cannabidiol –  is a cannabinoid molecule, produced only by plants in the cannabis family, says LiveScience. Yes, it’s the same plant that’s used as wacky tobaccy.

One major difference, though, is that CBD has either negligibly little or none at all of tetrahydrocannabinol, or THC. That’s the stuff in weed that gets you high.

That means that even if you chugged a whole bottle of CBD oil at once, you will not feel any weirder. Well, you might puke, but that’s it. 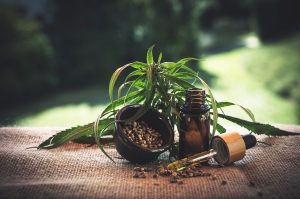 We have special cannabinoid receptors in our brains that bond specifically with – you guessed it – cannabinoids. Assimilation of cannabinoids through these receptors can have a variety of influences, one of which is the famous high.

Some research has found that CBD can help reduce anxiety in people, while other studies have discovered that it has antipsychotic effects in schizophrenia patients. It has also been used in trials to treat epilepsy and arthritis, among other things.

LiveScience notes that still some other studies have found that CBD had no better effect than a placebo.

The bottomline seems to be, though, that CBD can help calm the nerves. Just for that, it’s probably worth researching, even on elephants.