Where you live effects what you eat, did you realize that? Down South eating is different from the vegan, granolas on the West Coast and the New York pizza on the East Coast. Here’s the meal that defines each state. 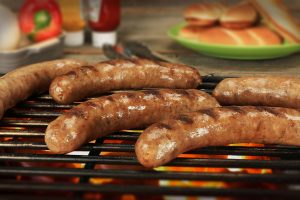 Had to go with my home state first, and the meal couldn’t be more spot on. Wisconsinites like beer brats with fried onions and sauerkraut. In some states, you can’t even find brats. And living in other states, people get excited and enjoy seeing brats in the grocery store. Of course, you would have to have it with a side of cheese curds and a beer, because at the end of the day, Wisconsin is known for nothing if not cheese and beer.

Wisconsin’s rival, Illinois, is known for.. none other than.. an Italian beef and sausage combo sandwich. Gravy is a great bonus addition to the sandwich. Honestly, it’s surprising that the Chicago hotdog didn’t take the top spot but people like what they like. And for reference, a Chicago hotdog starts with a steamed poppy seed bun and an all-beef frankfurter, is topped with yellow mustard, bright green relish, fresh chopped onions, juicy red tomato wedges, a kosher-style pickle spear, a couple of spicy sport peppers and finally, a dash of celery salt.

People had different ideas about what the most Minnesota-dish is, with some listing chicken wild rice soup, others said tater tot hotdish. The most quintessentially Minnesota dish would have to be tater tot hot dish.

Hands down, across the board, pasties is the number one pick for Michiganians. Pasties are meat pies and people claim they are one of the best inventions. They are a great on-the-go option and filled with yummy ingredients like potatoes, rutabaga, ground beef, ground pork, onions, salt and pepper, some garlic powder, and butter. Sounds like a holiday dinner in a hefty little pouch, and is clearly loved by the people of Michigan. 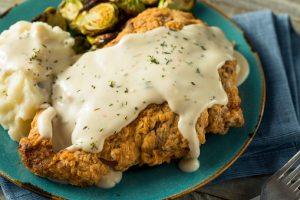 Midwest at heart but lots of southern cooking influences in the most stereotypical meal for people living in Kansas. They like a chicken fried steak, as crispy as it gets, along with a side of mashed potatoes. And all the gravy, like extra gravy, and then when you think there’s enough, add some more. The more you smother your food in gravy, the better.

Still Midwestern and what a dish for this state. People in Iowa love a tenderloin sandwich, but it’s not what you’re picturing. Theirs is a pork tenderloin, beaten, thinned, breaded and fried, and the size of a plate, with a regular-sized hamburger bun on top, and that’s what this ‘sandwich’ looks like. 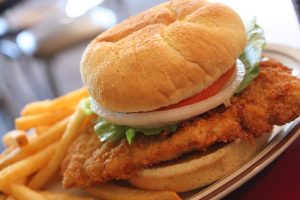 Funny enough, Iowa and Indiana have a feud-like situation regarding the origin of the pork tenderloin. However, Indiana’s representative dish is 100% a Hoosier breaded pork tenderloin sandwich. It fits on the bun, which is more of a Kaiser roll than a white-bread, store-bought hamburger bun. It’s also a thicker cut of meat, but just as fried and crispy.

Ohio has a huge Polish-American population, with mom’s, dad’s, grandma’s and grandpa’s, all who have the traditional recipes brought back from the old country. The state is best known for their dish of pierogis, especially in the Cleveland area. If you haven’t had them, pierogis are fried or steamed noodles stuffed with mashed potatoes. There are all different flavors for the center including cheesy, chive and sour cream, four cheese and even garlic and parmesan. 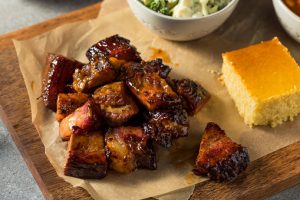 Getting away from the Midwest a little and into Missouri, St Louis has some of the best BBQ in the country. Their burnt ends are next to none and starting with an appetizer of toasted raviolis is such a great combination.

There are more states and more dishes to add to the meal that defines each state. Watch for part two, coming soon!