The first thing most people think about when mentioning the word addiction is normally alcohol or drugs, but addictions can come in all shapes and sizes.

People can be addicted to pretty much anything. It’s normally down to the fact they have an addictive personality that gets them so addicted to something in the first place.

Let’s take a look at some of the most common and the most bizarre things people can get addicted to. 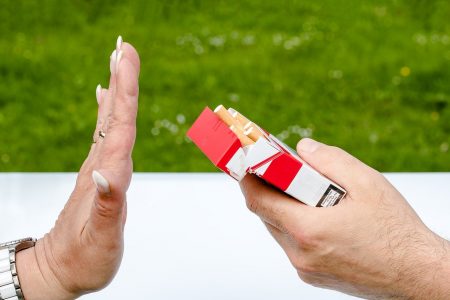 As mentioned above the most obvious and one of the most destructive forms of addiction is with both alcohol and drugs. There are many different reasons why a person could get addicted to either of these substances.

The problem with both is that they change your mood and alter your brainwaves giving you a happy or high feeling which in itself can be addictive. Once you have experienced it you tend to want more of that feeling.

Both alcohol and drug addiction is extremely bad for you as it has major impacts on your bodies and organs and if your addiction goes on long term could eventually end up killing you.

Being addicted to gambling is another common addiction problem suffered by a lot of people. Whether they get addicted to betting on sports, going to the casino or addicted to scratch-off tickets, all can lead to dire consequences.

Gambling addiction can happen when the person is looking for the thrill that it offers them and the chances and hope they make their fortune, however unlikely it may seem.

Many people who become gambling addicts end up financially ruined as they will eventually burn through all of their life savings fluttering it away on betting.

Technology advancements in the last ten years or so has seen people become not just addicted to using their mobile smartphone but addicted to their social media pages as well.

It has now become so easy to access such pages by pulling out your mobile phone from your pocket and because of this we often needlessly do so. Try and count how many times a day that you pull your phone out to look at Twitter, Facebook, Instagram any of the other many social media networks and you would be surprised by how often you do this.

This is another form of addiction and although it may not seem as serious as some of the more dangerous addictions it’s still not good for us. Just think how many hours on a weekly basis that are being wasted away on social media.

There are many people who are actually addicted to exercising, and while exercise can be really good for us to keep us in good healthy shape, too much exercise can be a bad thing.

Like any type of addiction doing something too often is unhealthy. Too much exercise can actually do more harm than good for your muscles, your heart and your mental well being.

Video games have been a source of addiction for many people for a very long time and as new games consoles become even more life-like with their graphics and gameplay even more people are starting to play them and become addicted.

While there is nothing wrong with playing video games it is quite easy to become addicted to them very quickly. So try and limit the amount you use them for.

Children who play video games often are at most risk of becoming addicted to playing them so limiting the amount of time they play is important as well as taking plenty of breaks and rests between gaming.

Sometimes these strange addictions can actually be medically related, for example wanting to eat dirt could be a sign that you are missing some vital vitamins in your diet, so if you suffer from any bizarre addiction it is always best to speak to a doctor or trained medical professional to help.

Addictions can be hard to battle but with the assistants of your doctor, hard work and dedication they can be overcome.