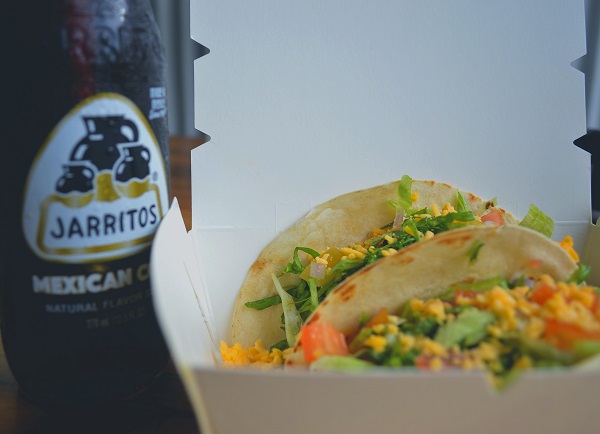 While some people who love food do gross challenges just to prove it, others put their love to the test – and win a years worth of it.

Seventeen-Year-Old Wins A Years Worth Of Dos Toros Burritos

Ren Nakamura is a 17-year-old senior at New York’s Beacon High School. Ren posted on Instagram a picture of himself eating at Dos Toros. Five hours later, the taco chain responded and he asked how many likes he had to get to earn free burritos for a year. They said 10,000. He thought “It was very achievable so I just went for it.” The next afternoon he posted a picture of himself standing outside of Dos Toros saying: “@dostoros promised me free burritos for a year if this post gets 10,000 likes. U KNO THE F***ING DRILL (2 handshaking emoji’s) Like and share! (2 burritos emoji)”

Half an hour later @newyorknico shared it via Instagram Stories, with his 305,000 followers. He said ‘help him out. I don’t know why but I wanna see this kid win real bad. Maybe I identify because I was once a high schooler who loved burritos. Please like his post so he can get free burritos for a year. I figured Dos Toros was betting against him hitting 10k likes, so I felt obligated to help him out. I also love the idea of a community coming together to help a kid beat the odds and win a free year of burritos. If that’s not what social media is for, I don’t know what is,” Nicolas Heller, who runs the @newyorknico Instagram account, said. Approximately 29 hours later and Nakamura’s post had over 10,000 likes. “I was checking the story shares and there were more people in Germany and the Philippines sharing it,” he said.

Did They Hold Up  Their End Of The Bargain?

According to what Nakamura told GrubStreet.com – No, not exactly. They gave him a black card that let him get the most expensive item on the menu once a week for 52 weeks. GrubStreet asked Nakamura several questions, like how he felt and how his friends reacted. You can see the whole Q&A on their website.