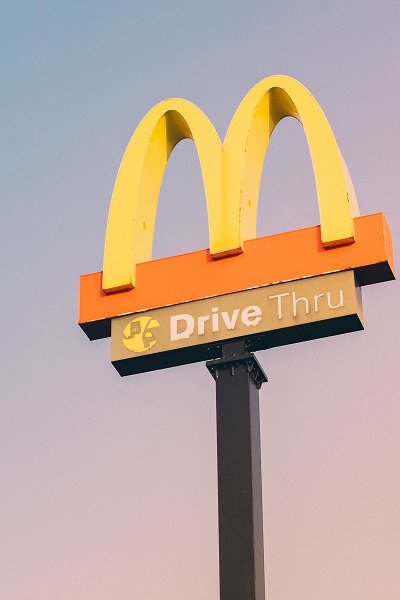 There are many who are obsessed with food. But is there a line one can cross? Most definitely. And a gentleman obsessed with old food is proving he’ll cross it. How? By challenging himself to eat more than a year’s old McDonald’s meal.

The YouTuber Matt Davin hails from South Yorkshire, United Kingdom. He took it upon himself to do a ‘McDonald’s 365 Challenge,’ which he completely made up. On his 39th birthday (November of 2018), he bought a burger, fries and chocolate milkshake from McDonald’s. He buried the meal in his friend’s garden and planned to retrieve it a year later.

Davin Was Delayed Slightly And Dug It Up In February 2020

Davin took out the burger and ‘dusted it off.’ He ate the 14-month-old burger, fries, and milkshake on video. He managed to eat the ENTIRE meal. Davin gagged a few times but managed to keep it down. During the video, he tells viewers that he has been doing weird food challenges since college, which is where he first saw this challenge. “I remember seeing something where someone had preserved a McDonald’s meal for years so I decided to take it a step further and eat it,” he says.

Reactions To The Crazy Stunt

The majority were shocked that he managed it. One user said, “If you don’t get poisoning it will be a miracle.” Davin commented saying that he was absolutely fine after eating the meal and had no side-effects. Other users wrote, “There’s no way I could eat that.” And “I am both impressed and disgusted at the same time.”

Let’s just hope Davin doesn’t start any kind of food challenge trend. If YouTube has taught us anything over the last few years, it’s that people will eat all kinds of things for five minutes of fame.