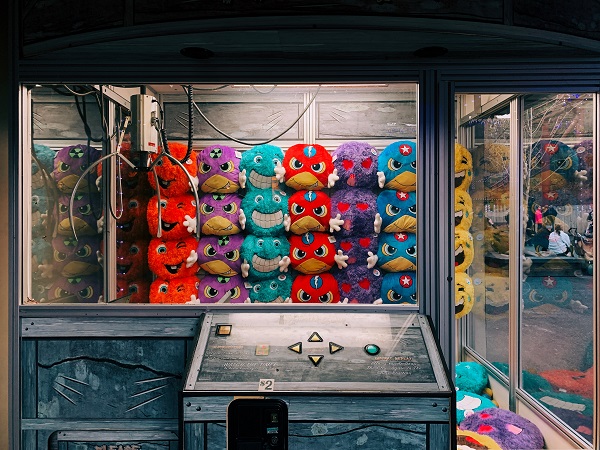 Unfortunately, Swami Chakrapani Maharaj’s cure for the coronavirus doesn’t seem to be working, but maybe this can help. An arcade puts toilet paper, soap and hand sanitizer into their claw machines.

The owner of an arcade in England, Rob Braddick, decided that with the coronavirus outbreak it would be funny to put sanitary products in the claw machines. Rob Braddick was struck with the inspiration when toilet paper started going low at his local store. As the owner of Devon’s Ho! Barts Amusement Arcade, he swapped out the toys that fill the claw machines with the toilet paper and hand sanitizer.

Toys And Movies? Why Would You Want Those?

“We also have a large machine that used to have a Spider-Man doll, but now there is a large Curex soap in there and that’s the Rolls-Royce of hand sanitizer,” Braddick said according to Fox News . “We test it, it’s possible to win them but it is hard. We’ve had people coming in to have a go but I don’t think anyone has won yet. It’s been a bit quiet so far but I think people will start coming in to have a look. There are still some toilet rolls on the shelves around here so I guess people aren’t that desperate yet.”

Braddick Assures His Customers That He Is Being Cautious

The arcade employees are following a strict handwashing schedule in hopes of keeping the virus at bay. “We’ve put in measures where people have to wash their hands every half hour. So far the effect of the outbreak is unclear, but it’s early days and things could get worse,” Braddick said. This is a fun way to get the stuff that is harder to get at stores.