As COVID-19 sweeps across the United States, daily activities have largely been put on hold. Restaurants are closed to all except takeout, school is taking place remotely, and even non-essential medical care is canceled. One thing the pandemic hasn’t stopped, though, is recreational marijuana usage. Where legal dispensaries remain open, and even where marijuana use remains against the law, people continue to seek out dealers – and many assume this is fine, since many states have suspended drug arrests.

If you’re considering seeking out a dealer, or even just smoking somewhere where it’s prohibited, are you at risk of citation or arrest? Though many places have said they will halt drug prosecutions during the pandemic so they can focus on more pressing problems, marijuana use remains illegal at the federal level and a change in stated policy does not mean a change in the law, even at the local level. 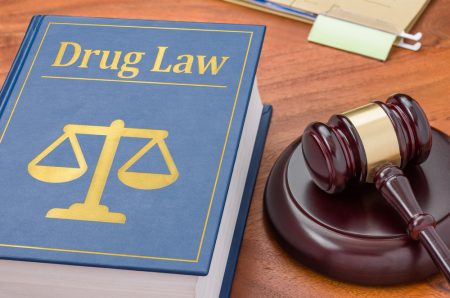 As with recreational drug use during more ordinary times, recreational users need to be risk-aware, and that starts with acknowledging that you are engaged in illegal activity. Regarding marijuana use, that means risking possession charges, as well as potential penalties for dealing, depending on how much marijuana you have on your person. These are both felonies and, if you’re charged, you’ll want a private drug lawyer to help you fight the charges, or at least mitigate the consequences.

One place that has committed to arresting marijuana users is San Francisco, not specifically for recreational use, but rather for gathering publicly. There, the Police Chief warned travelers who planned to attend popular April 20 gatherings in Golden Gate Park that they would be cited. Ultimately, intense policing of the area seemed to keep people away, but that’s just a single day at a single park.

Overall, the pandemic has been associated with an uptick in drug and alcohol use, with many in recovery struggling with relapses and casual users more likely to seek out drugs and alcohol as a way of managing their anxiety. That being said, crime and arrest rates are generally down because people are going outside less during the pandemic, while there’s definite hesitancy to pursue policing as usual. Individuals currently being held in local jails for drug crimes are even being released in order to reduce the risk of disease spread in enclosed environments.

Certainly, drug arrests at this time would be ill-conceived and a burden on an already overtaxed system, but that doesn’t mean they won’t happen. Rather, those who choose to contravene the law by seeking out and using marijuana or other elicit substances during this time should be aware that they are putting themselves at legal risk, regardless of stated local policy.