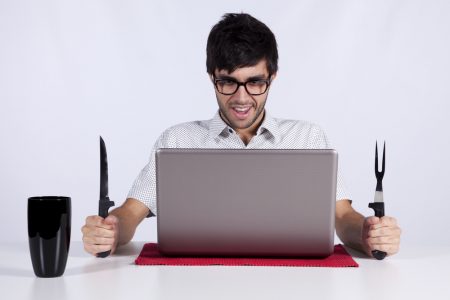 Have you ever wanted to know that you’d leave behind a legacy to remember? Well, Michel Lotito left an amazing legacy, one you’d need an entire plane to carry it in…

Michel Lotito was born on June 15, 1950, and he died on June 25, 2007. He developed something unusual when Monsieur Lotito was nine. He had an extraordinary digestive system. It was so extraordinary that he could eat things like metal and glass. He would eat glass and metal regularly, as though it was what he survived on. He is known for having eaten a Cessna 150 light aircraft . Yes, even the engine. He ate the ENTIRE thing. It did take him two years, but still! Of course, he holds the Guinness world record for strangest diets. Oddly enough, Mr. Lotito died of natural causes.

The Cessna 150 is a two-seat tricycle gear general aviation airplane. It was designed for flight training, touring and personal use. The plane that Mr. Lotito bought and ate was only one out of 23,849 produced during 1958-1977.

Lotito often ate bikes, shopping carts, TV sets, computers, razor blades, chandeliers, beds, coffins (handles and all), and even skis. Later he was known as Monsieur Mangetout or Mr. Eat-All. They found 200 nails, 36 staples, and 3 penknives, in him during the autopsy. Hard-boiled eggs and bananas were the only things he would not eat. They made him feel sick, he said. This was probably due to his unusual stomach acids.

Speaking Of His Unusual Stomach Acids…

You’d think Mr. Lotito would become malnourished or develop something like Pica.  Pica is a dangerous eating disorder. It involves eating items not typically thought of as food. These foods do not contain significant nutritional value. Some of those are hair, dirt, metal, and paint chips. Pica often leads to brain damage and learning disabilities. Mr. Lotito, amazingly, didn’t suffer from this, even though he ate metal regularly. In fact, he was IMMUNE to it!