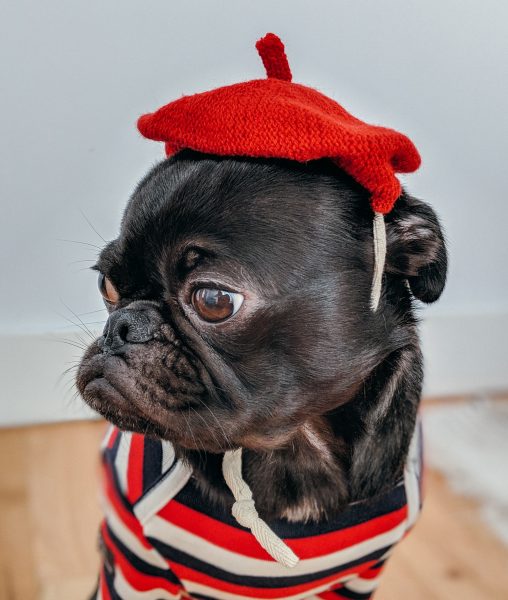 Have you ever asked yourself why you have to wear clothes, but the dogs and cats didn’t? G. Clifford Prout Jr. did.

The Man On A Mission

in 1959, G. Clifford Prout Jr. was a man on a mission, the mission of clothing animals. He brought animal clothing on NBC’s Today Show, to showcase the dire threat of animal nudity. He brought modeling Bermuda shorts for horses, slips for cows, and pants for kangaroos. Prout Jr. was the president of the organization, S.I.N.A. (or the Society for Indecency to Naked Animals). His motto? “A nude horse is a rude horse.”

The members of SINA were asked to play their roles in the community. They were also asked to call out their neighbors who are walking their pets about in, what they called, “shameful nudity.” The members even rallied outside the White House and urged Jackie Kennedy to clothe her horses. One of their signs were “Mrs. Kennedy: Won’t you please clothe your horses for DECENCY.” They declared that “the Jersey Turnpike was a moral disaster.” They said that a truck collided with a tree. The driver claimed to have seen two cows mating at the side of the road. They labeled zoos as “peep shows for kids.” The people took up their own motto, “Indecency today means morality tomorrow.”

It All Came Out On CBS

SINA had been in the spotlight for six years. Then CBS News’ Walter Cronkite interviewed Prout Jr. The people at CBS realized that Prout Jr.’s name was fake. He looked suspiciously like Buck Henry, a comedian for CBS. Henry came forward and revealed the hoax.

The Renowned Hoaxer, Alen Abel, started it all

Henry had agreed to act like the organization’s president and was in on the scheme from the beginning. Abel got the idea from seeing two cows mating off the highway. However, all of the other people in SINA were real, just tricked. Henry and Abel didn’t care about the animal nudity, they just wanted to show us how many did. To further prove that he didn’t care, Abel refused a $40,000 donation to SINA and stated that he never wanted to cheat anybody.