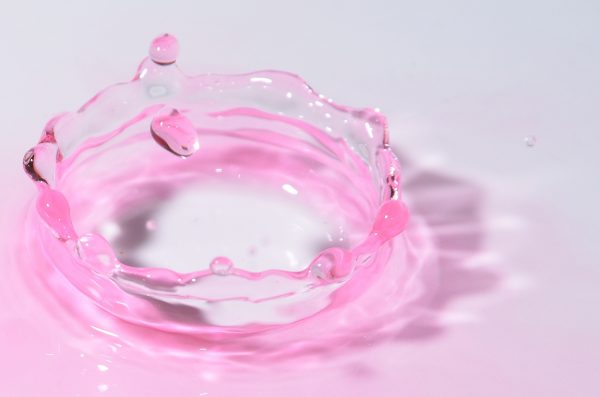 People In Ohio Woke Up To A Surprise.

When they ran the water, it came out hot pink, almost “like cotton candy,” as news reporters from WSAZ said in their report. After initially being told not to drink the odd colored liquid, it has now been announced that it is safe. While it is, apparently, safe for people, it has died clothes.

Mrs. Dora McClellan was warned by her husband right before starting a load of laundry. “If my husband hadn’t told me, I wouldn’t have known,” she said. She reported that her toilets were filled with the same hot pink liquid as their faucet. Mrs. McClellan said that she “likes hot pink,” but she doesn’t like it for her water. Mrs. McCellan had picked up bottled water and ran water hoping it would wash out.

Stephen Burchett is one of the water treatment plant operators for Coal Grove, Ohio. He reported a malfunction in the treatment center. He said that a pump malfunctioned overnight and dumped a large quantity of sodium permanganate into the water. “No, once it dilutes out, it is not dangerous at all.”

Unlike Mrs. McClellan, Rhonda Dillon ran a load of laundry before realizing her water was pink. The chemical ruined some of her treasured T-shirts, but not in the way you’d think. The pink water turned her shirts brown because of the iron that was still in the water. “It was far too late for my church camp shirts, which can’t be replaced.” She had stopped by the water office to pick up free iron removal products. “Hopefully, hopefully it will come out. I’m hoping.”

Why Is It Pink?

Soduim Permanganate takes the iron and manganese, out of the water, and oxidizes. Basically turns it into larger particles that filters can then remove before sending it to home and companies. Burchett showed WSAZ how it worked. It’s really simple; just add some iron remover in the sink and it will clear almost instantly.

Why it wasn’t noticed until morning is because the water plant is not monitored 24/7. Burchertt said that the pump broke after the last check Sunday night. While, yes, seven pounds of the sodium is used daily, that’s not enough to cause the water to change to this color. There was over one hundred pounds dumped into the system within a short time span. Burchett said: “In the span of six hours, it is so concentrated that a little bit goes a long, long way. It causes a heck of a mess in your system.”

Coal Grove flushed the water system several times Monday morning. Officials said that it would be a relatively cheap fix, likely around $1,500… (“cheap”) Now it’s just a matter of residents running the pink water in the pipes so that the clear water can replace it. They said that if you had laundry problems, like Dillon, to pick up free iron removal products at the water office.