Danvers State Hospital in Massachusetts has a haunted history, dating back to 1874. This is also the sight where the Salem Witch Trials judge John Hathorne once lived.

The first lobotomy was performed there in 1948, and soon electric shock therapy in the 1950s.

Although huge, the Danvers building was once very overcrowded, with original capacity at only 450 patients. By the early 1880s, the place was filled with 600 patients. There was another increase in 1901, with a total of 1,137 patients total.

“Danvers quickly became notorious for its overcrowding, with almost four times as many patients as the hospital was designed to house. Patients sometimes died out of sight of the staff and their bodies decomposed for days before they were noticed.”

By 1926, there was a lack of funding and staff with the patient population soaring over 2,000. They started to use, “special garments,” to control patients. According to the history of Massachusetts website believes this likely means “presumably straitjackets, as a means of control.”

The worst recorded case involved Ann Hougton, a patient who walked out of the hospital only to be found the next day from a heart attack. It was a leading and modern facility for its time, but mental illnesses were far less understood then, than they are today.

Here the patients with intellectual disabilities were mixed in with the psychiatric patients, and was said to be the case all the way until 1980. Some histories of the asylum do not record patients being left to rot. But, with that being said, other asylums in the US have recorded similarly grim circumstances. 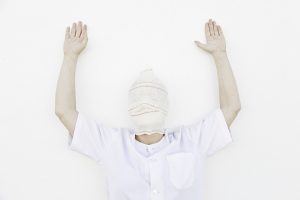 Athens Lunatic Asylum in Ohio became known for the case of Magaret Schilling in 1979. In December of 1978, the 53-year-old mum was reported missing by the hospital.

Then, she was eventually found in a barely used room over one month later. She died from heart failure due to cold temperatures. Worse off, staff was unable to remove the stain from her rotting corpse.

A 2007 study put this down to a bizarre phenomenon in which her body had gone through a process called ‘adipocere’, meaning her flesh had essentially turned into soap.