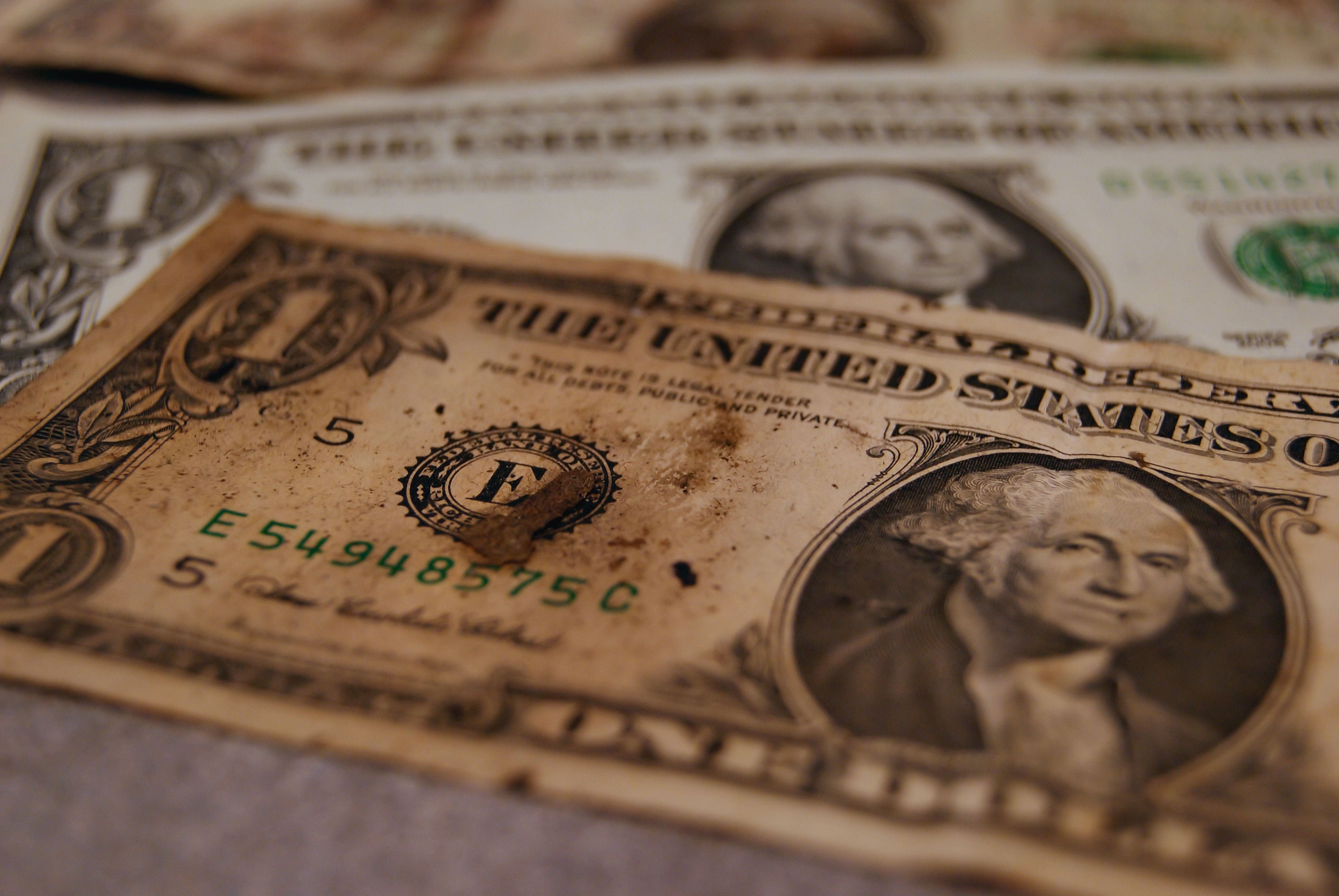 Money may make the world go ‘round, but if you take a minute to learn what’s on it, you could make a solid case for living a life of healthy poverty. We all want cash and probably never give a second thought to the fact that when we’re passing around greenbacks, we’re actually passing around germs like we’re at a daycare in the height of flu season.

Here’s a dirty little secret about dirty money: money is filthy. If you’re handling cash, you’d be wise to carry some hand sanitizer with you, too, because your palms and fingers are going to be as nasty as a gas station restroom. If you had any idea how vile currency is, you would probably put your hands through a car wash on a daily basis to properly sanitize them.

What exactly makes money so gross? Well, funny you should ask. Lather up, pull up your latex gloves and get ready to learn some odd facts that will make you open your wallet to splurge on the best soap money can buy.

A 1996 study revealed that cocaine traces could be found on a staggering 80% of bills. Heck, in L.A. alone that number was once believed to be 75%. That’s just the beginning, though, because there are plenty of other drugs that appear on cash. Benjamin Franklin and George Washington – American heroes, sure, but they’re also inadvertent drug mules.

You may think you’re s*** out of luck when you have no money, but you may really be s*** out of it when you do have it. That’s because a 2002 study by the Southern Medical Journal concluded 94% of dollar bills had bacteria that leads to staph infections commonly passed by not washing hands after using the bathroom. Oh, please, someone do some new research because that is truly terrifying.

If there isn’t waste or drugs on your money, don’t think you’re in the clear. Scientists at NYU determined your money has 3,000 different kinds of bacteria floating on it (including the dangerous MRSA, which can resist different types of antibiotics). And the most common microbe on money? The ones that cause acne, so note the irony when you whip out a 20 to pay for that tube of Clearasil to fix your pockmarked face. It’s just another reason to use that debit card, pay with Venmo or get Apple Pay.

We want to get rid of dirty money. The Journal of Consumer Research found that people tend to use money that looks beaten up and dirty more than fresh bills because “they are disgusted by the contamination from others, whereas people put a premium on crisp currency because they take pride in owning bills that can be spent around others.” So when you’re on a date, use that crisp $20 to bribe the maitre’d. The crumpled $1 bill with marker on George Washington’s face with tape holding it all together? Just give it to a homeless. Both will impress your date.

Dirty Money May Make You Sick

You can catch the flu from money, reported Smart Money in 2009. It’s not as easy as picking up a buck on the sidewalk, but one doctor said three things – all of which can easily take place – need to happen: one, an infected person must sneeze, cough or blow his nose on the bill. Two, an uninfected person would then have to touch the bill while the virus is still around. Three, that person would have to place his hand in his mouth or nose. Just remember that come flu season.

Coins are not immune to bacteria. In fact, it probably makes more sense for coins to be a haven for bacteria. Whereas bills live in your wallet, coins fall more often to the ground, get thrown into fountains, are wedged in couch cushions and jammed into the pockets of your jeans. No one wants pennies anymore and more and more we treat our coins with the disrespect we have for them. And if you swallow a coin? Oh, boy. There are plenty of theories on how to handle that.

Pooches Love Them Some Cash

Dogs eat money. This shouldn’t be all that surprising when you consider that man’s best friend enjoys licking each other’s butts, eating back their own poop and getting a swig of water from the toilet. A lot of times it’s not that dangerous – coins being the exception because of the metal consistency – but still who wants to lose cold hard cash that you’ve earned to a four-legged creature who can’t tell a fiver from Puppy Chow?

Currency Has Gotten In On Recycling

Money has an afterlife. Generally speaking, bills don’t last long and eventually, cash that gets taken out of circulation is shredded. But that’s not the end of the story. That’s because it goes to a compost facility to become soil and help farmers, so even after the paper currency has no value on the street, it has plenty of value in the earth.

More Weird But Not As Disgusting Facts About Money