Many people (this author included) can’t get anything done in without their morning cup o’ Joe. There are few things better than that sweet, sweet caffeine rush.

It’s nothing unusual for college students to get a bit of an afternoon boost from energy drinks. But in this case, the student went waaaaaay too far.

According to a recent case study, this student drank four 16 oz cans of energy drinks. Every single day. For two years.

Each drink contained 160 mg of caffeine. To put that in perspective, that’s almost twice as much than in your average cup of coffee. 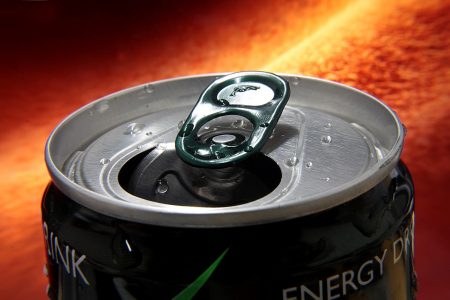 You’d imagine such massive drink consumption to produce some side effects. And indeed, the man started experiencing more than just caffeine shakes.

“When I was drinking up to four energy drinks per day, I suffered from tremors and heart palpitations, which interfered with my ability to concentrate on daily tasks and my studies at university,” the student told Sky News.

“I also suffered from severe migraine headaches which would often occur during the periods when I did not drink energy drink; this also restricted my ability to perform day-to-day tasks and even leisurely activities such as going to the park or taking a walk.”

As time went on, his condition started to worsen. He became to listless and unwell a few months ago that he had to put his studies on pause.

Finally, when he started having increasingly bad shortness of breath, on top of four months of weight loss, he went to the St. Thomas’ Hospital in London. And it’s good that he did.

If he’d waited any longer, his trip would’ve probably been to the morgue instead.

At the hospital, the doctors ran the man through a gauntlet of tests. As a result, they diagnosed him not one but two potentially lethal conditions.

First of all, his heart was about to give up. The man was experiencing advanced stages of heart failure.

On top of that, his kidneys had also failed. Doctors told him that he might very well be facing a double organ transplant.

The reasons behind the student’s heart failure weren’t initially clear. The doctors suspected any number of causes – including the interestingly named broken heart syndrome and inflammation of the heart.

However, none of the suggested conditions fit the man’s medical history. So, the doctors came to the only reasonable conclusion – the student’s excessive energy drink habit had messed up his heart.

Overconsumption of energy drinks has previously been linked to heart issues, such as irregular heart beat and high blood pressure. Several other young people have experienced heart attack from drinking too much caffeine.

The kidney failure, on the other hand, didn’t seem to be linked to energy drinks. The doctors described it as a “long-standing but undiagnosed” issue.

After a 58-day hospital stay, the young man had stabilized enough that he was allowed to go home. But he didn’t leave the hospital alone – he took with him an impressive cocktail of heart medications.

He also quit drinking energy drinks cold turkey. This reasonable reaction seems to indicate that his heart problems were indeed caused by caffeine.

After quitting energy drinks, the young man’s condition started rapidly improving. He’s now reached a point where the doctors believe that he might not need a heart transplant after all.

He will still most likely have to get a kidney transplant, but hey. At least they won’t need to tinker with his ticker.

The student also seems to have learned his lesson. Now, he advocates for informing the public about the potential dangers of energy drinks.

“I think there should be more awareness about energy drinks and the effect of their contents. I believe they are very addictive and far too accessible to young children,” he said.