The Suez Canal getting blocked by a cargo ship has to be one of the biggest f***-ups in recent memory. The whole fiasco brought a good portion of global trade to a screeching halt.

With the canal clogged, ships carrying goods and materials couldn’t get to their destinations. As a result, people in countries around the world are now facing shortages with various things.

But the UK might be having the worst time of all. The country is reportedly struggling with a lack of garden gnomes.

“There aren’t any. There’s definitely a shortage,” he added.

Since gnomes aren’t coming in from abroad, this seems like a good time for British gnome makers to step up production, right? No such luck – even the basic elements of making garden gnomes have run out.

“Raw materials are becoming a bit of an issue and unfortunately gnomes are a victim of that shortage. Gnomes of any type – plastic, stone or concrete – are in short supply,” Byrne said.

How can the country survive this disaster? 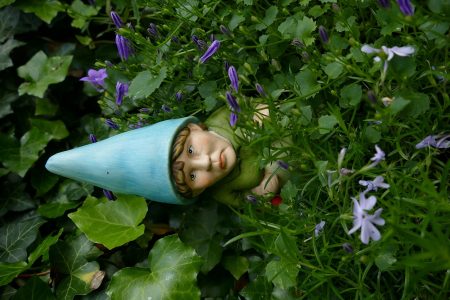 But why are the British so enthusiastic about purchasing garden gnomes? What is it about the lawn ornaments that has driven this shortage?

The answer lies in the COVID-19 pandemic. The UK is still under partial lockdown, and at this point, people have been confined in their homes for nearly a year.

With so much time on their hands, the British have turned to the only outlet available to them – their yards and gardens. It makes sense – since you can’t go anywhere, you might as well make your yard look nice and lush.

“We’re facing a perfect storm of lockdown, everyone being stuck at home, and one thing people can do is their gardening,” said UK’s Garden Center Association’s chief executive, Iain Wylie.

Byrne, from Highfield Garden World, gives us even bigger numbers.

“I looked at some figures based on March, which said [gardening stores] were 97% busier than they were in 2019,” he said.

Apparently, having a gnome on your lawn is a must for British gardeners. But with so many people wanting a bearded fellow to brighten up their yards, the shelves are now empty.

“They’ve been very popular over the last couple of seasons, we’ve seen a massive upswing in the sales of gnomes and definitely a different clientele wanting gnomes too,” Byrne explained.

Shopkeepers have tried to cope with the enormous demand by sourcing gnomes from abroad. But with the Suez Canal blockage many of the gnome shipments haven’t arrived.

“It’s definitely causing some issues because it’s not just English garden centers that are booming, it’s all across Europe, so it’s causing issues with supply,” concluded Byrne.

Can’t Get No Satisfaction

Speaking of the rest of Europe, it’s not just garden gnomes that are in short supply. Some countries, like the Netherlands, faced a shortage of a fleshlier variety.

Unfortunately, there was no way for these goods to reach lusty consumers. EDC Retail – the largest sex toy retailer in the Netherlands and Belgium – said it had nothing to offer its customers since most of its existing toy stock had been swept up earlier in the year during Valentine’s Day.

Due to the shipping blockage, the company predicts it lost millions of dollars. Although ships can again slide in an out of the canal, sex toy retailers are still left unsatisfied.

“It is annoying that such a hitch will continue for a long time before the rhythm in the transport chain is restored,” lamented EDC Retail’s CEO, Evertine Magerman.

Just like with garden gnomes, the sex toy situation was further exacerbated by the pandemic. Some sex stores have seen sales triple during lockdown – suppose gardening can’t satisfy all needs.