Over the years, we’ve covered the most dangerous roads people should stay off of and dangerous airports that travelers should avoid at all costs. We’ve never tackled the chore of listing the most dangerous countries, probably because we didn’t want to offend anyone living in those countries.

Thankfully, someone else took the time to compile the list so we don’t have to look like the bad guys.

International SOS and Control Risks released a map of the most and least tourist-friendly countries in the world. They’ve crunched the data from the World Health Organization and included several factors like road safety, security issues, and medical matters.

Here are some of the places to avoid if you plan on traveling in 2018. 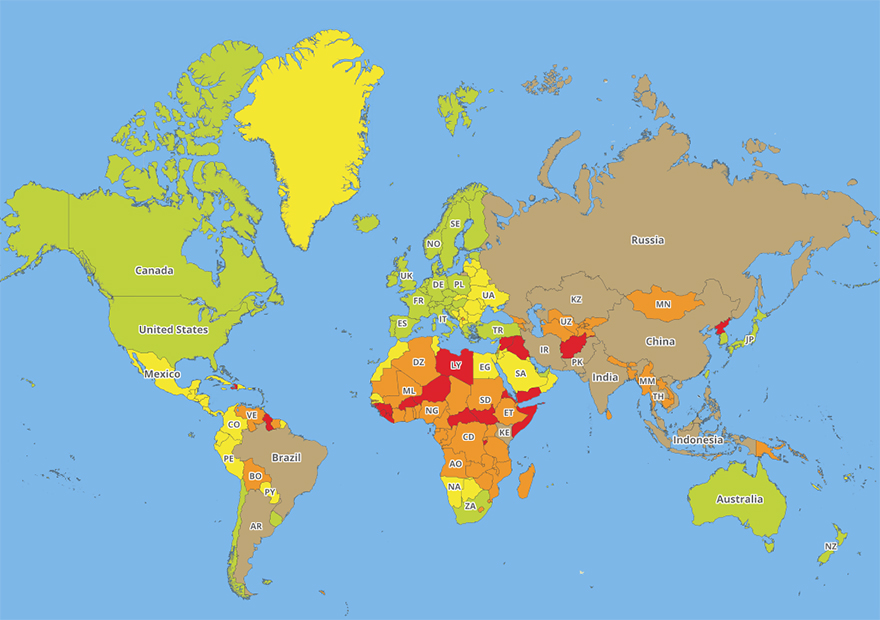 And this is how the world looks like as a security threat. 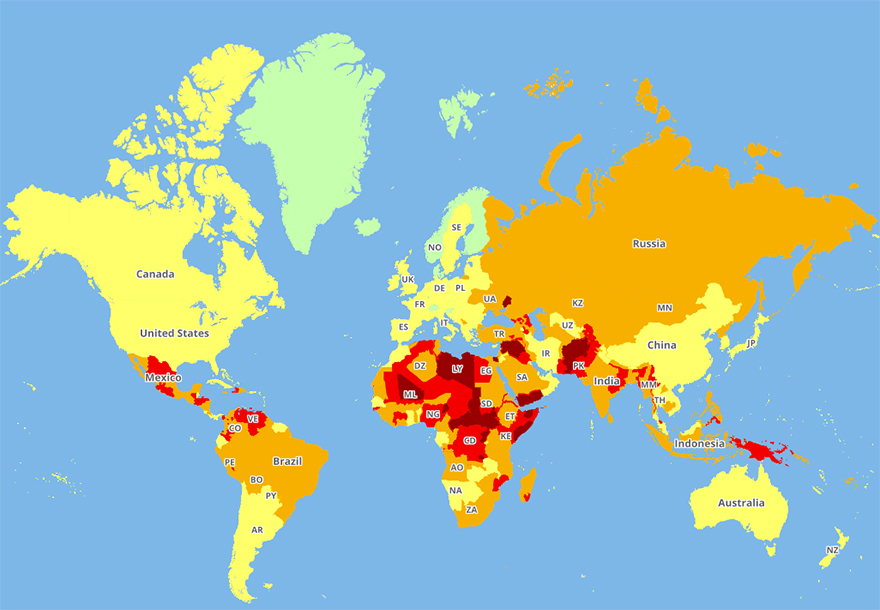 Again, this isn’t our list of most dangerous countries so don’t send your angry emails our way.

If you want to do a country by country check, consult this handy website from International SOS.