When an Arizona grandmother went to the chain with her granddaughter, she realized there was something very wrong with the chicken sandwich she had ordered. It was raw.

When the two visited the well known chain, Charlotte Parker purchased the sandwich for her 13-year-old granddaughter. The girl took a few bites and said there was something different about this sandwich. 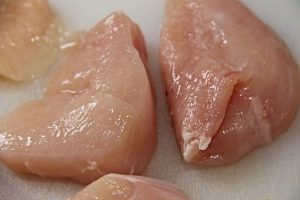 When Parker called the restaurant, she says that employees apologized, and offered a refund. With that being said, she also says that their reaction left a bad taste in her mouth.

“I don’t think they understood my concern,” Parker shared. “To me, they seemed very nonchalant. Like, ‘Oh well, we didn’t cook it long enough.’”

As if eating raw chicken isn’t bad enough, Parker has additional concerns because her other granddaughter has an already weakened immune system. “If it had been Layla, it could’ve possibly been death,” she said.

Burger King’s corporate offices released a statement and apologized for serving the sandwich.

“We have very strict protocols guiding the cooking process at restaurants, and we take any issue regarding food safety very seriously. The restaurant owner has retrained the restaurant staff on our cooking protocols following this incident,” the statement read. “Separately, the owner has reached out to the guest to offer a refund and explain the actions the restaurant has taken to ensure this does not happen again.”

With this said, it may not be an isolated incident. At least not in Arizona.

The Phoenix New Times shared a story in which another woman had a similar experience at a different Burger King recently. Mitzie Lynn went to Twitter and stated her friend’s four-year-old bit into the raw chicken sandwich and ate a portion of it before they noticed. They reported hoping that she didn’t get sick saying, “Seriously, how does these happen?”

Our advice? Eat somewhere else altogether.