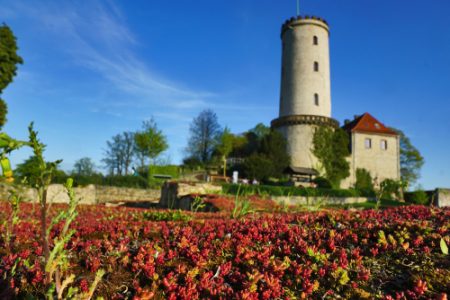 Bielefeld is just home to more than 300,000 residents. PSYCHE! Not really. It’s an illusion, at least according to the conspiracy theory…

Who’d A Thunk It?

What’s Bielefeld? It’s just an almost 800-year-old city, home to 300,000 people, a Germany state university and a castle unless – you believe the joke made by Achim Held in 1993. Bielefeld wasn’t known for anything on the internet in the ’90s, so computer student science student Achim Held joked about how it didn’t exist.

The City Didn’t Mind At First

The outrageous conspiracy continues to spread, it even got the attention of Angela Merkel, the German Chancellor. The conspiracy is so famous that Bielefeld’s mayor, Pit Clausen,  is getting letters asking if the city truly exists, daily. For the most part, the town has kind of embraced its newfound popularity.

The conspiracy soon spread around the internet and is still around today. In fact, in honor of the anniversary (25 years), Bielefeld is holding a contest to anyone who wants to prove it doesn’t exist. Want a chance to win more than a million dollars? It’s as simple as proving somewhere doesn’t exist.

Who Could Refuse One… Million… Dollars?

Head of Bielefeld Marketing, Martin Knabenreich, said, “we are excited about the creative submissions and are 99.99% sure that we will be able to refute any claim.” Hurry! You only have till September 4th to submit your proof.

Some Of The Theories…

Conspiracy theorists claim that the city was invented by a fictional entity called SIE (German for THEM), with the help of Isreali intelligence agency Mossad – or even aliens. They also claim that said aliens hid their ship by disguising it as the Bielefeld University. At one point some said that Elvis Presley and Kurt Cobian were still alive and living in Bielefeld. One person said that the CIA has used Bielefeld to prevent JFK from revealing the truth about the moon landings.