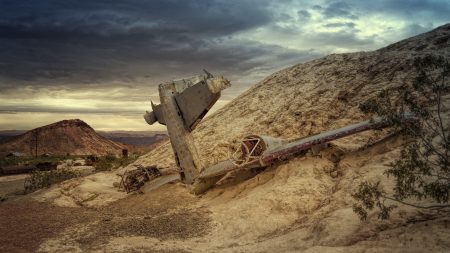 Boeing is having a difficult year; the 737 MAX is grounded until January 2020, after two separate flights crashed, killing all passengers aboard. In both circumstances, a faulty automated system sent the planes into nosedives. The New York Times published an article in September mitigating Boeing’s blame by pointing to an industry increasingly putting inexperienced pilots into cockpits. Now, Boeing is looking harder into the 737 NG after Southwest discovered 2 planes with cracks in critical parts. There’s no denying that a morning commute is still more dangerous than air travel, but here’s a look into when things go really wrong in the skies.

Tenerife Disaster: The deadliest plane crash of all time took place in 1977 when a plane attempted to take off without first getting ground clearance. Pilot error combined with heavy fog, caused the plane to collide with a taxiing 747, killing 583 passengers. Remarkably, 61 passengers in the taxiing flight survived. The incident caused widespread standardization of communication between pilots and flight control.

JAL Flight 123: A series of things went wrong in this crash. First, an incorrectly repaired bulkhead failed mid-flight, destroying a vertical stabilizer and all the hydraulic lines. The crew kept the virtually uncontrollable plane flying for another half hour before they crashed into a mountainside. Rescue crews assumed there were no survivors and delayed any efforts to reach the plane until the next day, potentially greatly reducing the number of survivors. Still, four passengers survived among the 509 aboard the 747.

Saudi Arabian Airlines Flight 163: This is the deadliest airline accident which did not involve a crash. In 1980 Riyadh a fire broke out in a baggage compartment, spreading through the main cabin. The plane landed safely, but instead of immediately evacuating, the pilot chose to taxi off the runway. Smoke filled the cabin and suffocated all passengers and crew. Ultimately no one was conscious to open the doors and evacuate. All 301 people aboard the plane died before rescue teams could reach the plane.

Turkish Airlines Flight 981: A cargo door detached from the plane mid-flight, causing a decompression explosion and collapsing the floor in the cabin, severing hydraulic lines. Pilots lost control of the elevators, rudder, and an engine. The plane entered a steep nosedive and crashed into the woods of northeast France, making it the deadliest single-engine crash with none of the 346 aboard surviving.

Since the modernization of flight, constant improvements to safety and flight protocols greatly reduced the number of crashes due to mechanical failure. The most notable crashes in recent history took place over water, adding mystery to tragedy as both flights seemed to disappear.

The first took place in 2009 when an Airbus from Rio de Janeiro to Paris disappeared over the Atlantic Ocean. In 2011, researchers discovered the black box on the ocean floor, showing that the autopilot disconnected due to the formation of ice in the pilot tubes.

In 2014, a Boeing 777 disappeared en route to Beijing, China from Kuala, Lumpur. 12 crew members and 227 passengers are all presumed dead, although the plane was never found and there’s no official record of what happened. The following year debris from the plane washed ashore on Reunion Island.