It took a bit, but all parties eventually reached a deal. The Germans would take Dennis back, but he would make a stop first to be displayed at San Antonio Museum of Art for about a year.

Dennis is still in the middle of a scandal, as the mysteries of his past may never come to light. Experts want to pin the stealing on one of two people.

They blame either a son of Pompey the Great or Nero Claudius Drusus Germanicus. But how it got the the Goodwill in Austin is still a big question.

It’s likely that it was either stolen or traded for by an American WWII service member, brought back to the states in a duffel bag. 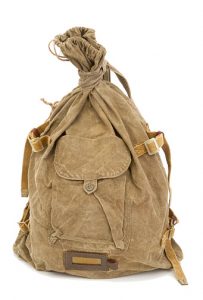 “There are plenty of Roman portrait sculptures in the world. There’s a lot of them around. They’re generally not in Goodwills,” Stephennie Mulder, an art history professor at UT Austin said. “So, the object itself is not terribly unusual, but the presence of it here is what makes it extraordinary.”

“It hurt a little bit. It was bittersweet. Like, it’s nice that there’s a resolution to it and that it’s working out for the best,” she said. “It’ll be a little bittersweet to see him in the museum, but he needs to go home. He wasn’t supposed to be here.”

Portrait of a man is currently on display at the San Antonio Museum of Art and will remain there until its return to Germany in 2023.

Did you catch the first part of this story? Check out Woman Finds Stolen Treasure at Local Goodwill: Part One for it.