After creating a fake cancer fundraiser, Madison Marie Russo, 19, was arrested Monday mourning, January 23rd. She’s facing fraud charges in regard to an online fundraising campaign she started for herself.

For a disease that she never had.

Police say that Russo’s health records don’t substantiate any of her public claims of ongoing cancer treatments. She raised just over $37,000 with her fake cancer fundraiser, from more than 439 donors. She claimed that she was suffering from acute lymphoblastic leukemia, stage 2 pancreatic cancer and “a tumor the size of a football” that wrapped around her spine. 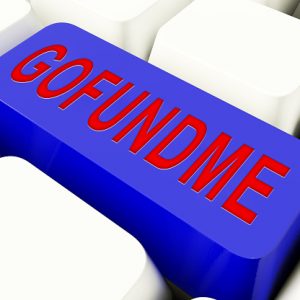 Russo shared on her own social media, GoFundMe and North Scott Press. She also spoke at St. Ambrose University, The National Pancreatic Foundation in Chicago and a Project Purple podcast, she was beginning to look suspicious.

“During the investigation, subpoenas for medical records were obtained where it showed that Madison had never been diagnosed with any kind of cancer or tumor from any medical facilities within the Quad Cities or surrounding cities,” police said .

According to Russo’s fundraising page tallies, she has made $37,303.00 in total donations for her fake cancer fundraiser.

Russo was pulled out of her St. Ambrose class by Eldridge police. She was taken in for questioning at the Scott County sheriff’s office and was then arrested.

On Wednesday, January 11, 2023, at approximately 6:00 PM, Officers from the Eldridge Police Department were made aware of 19-year-old Madison Russo who was suspected of stealing over $37,303.00 from more than 439 donors with false claims that she suffered from Acute Lymphoblastic Leukemia, Stage 2 Pancreatic Cancer and a tumor, the size of a football, that wrapped around her spine.

For the rest of the story, see Woman Arrested for Fake Cancer Fundraiser: Part Two.