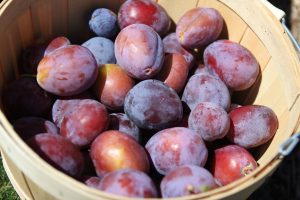 A bushel measurement size changes depending on the food stuff placed into it. Specifically, from things that we grow in the ground. For instance, a bushel of oats is 32 pounds, where a bushel of corn is 56 pounds.

A finger measurement is the width of your finger. According to Noah Webster’s measurement of the breadth of a finger, nailed down as ¾ of an inch. But the finger has been used a lot. Because of this, it’s not always clear as to whether it’s the width of the finger, in the case of a bartender pouring you two fingers of booze. 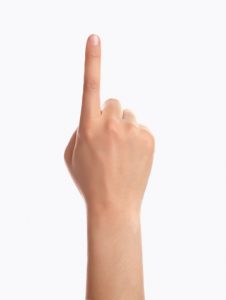 A finger can be used in reference to inches of cloth. This is one of the weird units of measure uses the length of a finger as its base.

A hand is 4 inches, no matter how large your hand is. The hand is mostly used for measuring horse height and it’s the width of your hand with you fingers closed.

This unit of odor is used to measure the air quality of indoor spaces, like offices. One olf is about the amount of odor of one standard person. So, what’s the standard person? The olf standard consists of a person with a skin area of 1.8 square meters, who bathes .7 times a day and is seated comfortably in a comfortable temperature. Slight activity rises to 5 olfs and a heavy smoker gives off 25 olfs while smoking and six olfs while not.

An Oxgang is about 15 acres. As of of the weird units of measure has been mostly lost to history but it’s used to measure the area of land approximately equivalent to 15 acres. This or, the amount of land a farmer was able to plow with an ox in one season.

A span is 9 inches. Some people seem to think that a span is just a vague term for how long something can be, like the time you can pay attention to something or the length of a bride. This measurement was originally meant as a distance of about nine inches, or the width of a man’s hand with the fingers out.

A Wheaton is a measurement of Twitter followers- a half a million to be specific. Once Wil Wheaton was followed by half a million people on Twitter, John Kovalic dubbed the number a Wheaton. The actor and brewmaster got about six Wheatons on Twitter before deactivating his account in 2018. Have you ever heard of these weird units of measure before? 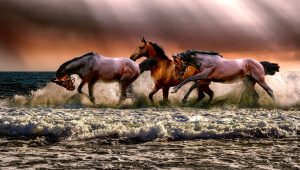 You know, manpower as opposed to horsepower? Manpower is about 1/10th as powerful as horsepower. There is an actual measurement for manpower and it was worked out to be somewhere between 1/8 and 1/10 of a unit of horsepower. They based horsepower on the fact that the average brewery horse could move around 330 pounds 100 feet in one minute, stop, and repeat for eight hours. And for this work, it would take about eight to 10 men to do the same job.

A dash is an actual measurement for cooking, so much so that there is a dash on many sets of measuring spoons. This is not one of the most weird units of measure.  A dash is a smaller part of a teaspoon. There’s also just a dash ITALIX which is between 1/16 and 1/8 of a teaspoon.

A pinch is part of a dash, exactly half a dash, or in numerals, 1/16th of a teaspoon. 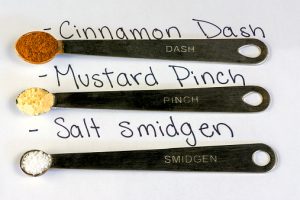 And a smidgen is a real thing, you have heard of it, yes? As the small weird units of measure before it, it’s half of a pinch, as in 1/32 of a teaspoon.