Did you read Woman Arrested for Fake Cancer Fundraiser: Part One? Because this is part two.

Madison shared her fake cancer story publicly, not only on social media and on a Go Fund Me page, but was also highlighted in the North Scott Press newspaper on Oct. 18, 2022, where she gives the story of her cancer journey. Madison has openly discussed her fake cancer journey as a guest speaker at St Ambrose University, The National Pancreatic Foundation in Chicago, and a podcast for Project Purple online. 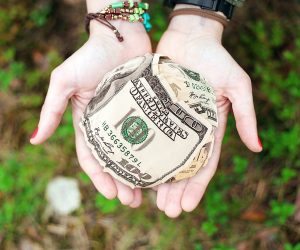 Witnesses, with medical experience, who also wish to remain anonymous, sat with the investigating officer on Jan. 11 and pointed out many medical discrepancies found on her pictures posted on her social media sites. It was discovered through investigation, that separate and apart from the medical discrepancies, and from the Go Fund Me page, Madison accepted private donations from other businesses, non-profit organizations, school districts and private citizens. The names of the victims will not be released at this time as we are still trying to collect the information from all victims.

Subpoenas for medical records were obtained during the investigation, showing that Russo never had any cancer diagnosis of any kind, in the Quad cities or the surrounding cities. Because of this, Madison Russo was arrested for theft by means of deception, a class C felony on Jan. 23, 2023, at St. Ambrose University in Davenport.

She has been booked in the Scott County Jail ever since and is being held on a 10,000 cash only bond. Officers did find items of evidentiary value but because this is an ongoing investigation, they are not able to discuss what they found.