There are different birth control methods, and some are more effective than others. Generally, medical professionals regard IUDs as one of the better ones. The IUD device is a T-shaped plastic piece that goes inside the uterus, preventing pregnancy. 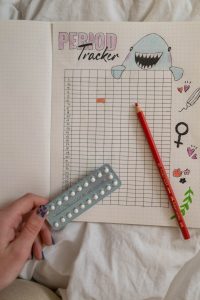 There are two IUD varieties. One is copper-coated, while the other releases progestin, a hormone. Some women report a bit of comfort or pain at the insertion point, but that passes in time.

Lately, a particular IUD, the Mirena one that Bayer Health makes, has gotten a lot of negative attention. Let’s talk about the Mirena IUD and the connection between it and thyroid disease.

Why Has the Mirena IUD Been Such a Problem?

When a product like an IUD goes on the market, the company that makes it has to subject it to many tests to see if it’s dangerous. However, just because a product passes all those tests, that does not always mean that using it for years turns out to be healthy.

That has been the case with the Mirena IUD that has been on the market for quite some time. Some women blame this IUD for dangerous health conditions. For instance, some of them who have used it say that it migrated from the uterus and punctured the uterine wall.

Others report abnormal bleeding, ectopic pregnancy, and intracranial hypertension. All of those are bad enough, but some women lately are saying they’ve developed thyroid disease from using the Mirena IUD.

What Exactly is Thyroid Disease?

If you’re not familiar, thyroid disease is a medical condition where the thyroid is acting improperly. It is not producing the correct hormone amounts. Humans depend on the thyroid to keep the body functioning properly.

If the thyroid makes more thyroid hormone than it should, that’s a problem. Your body essentially uses energy too quickly, which doctors call hyperthyroidism.

If you’re wondering how serious thyroid disease is, the answer is that it can be quite dangerous and often is. The thyroid governs many proper body responses and functions. When it does not perform as it should, you might deal with infertility, heart disease, osteoporosis, and more.

How Does the Mirena IUD Relate to These Problems?

So many women are reporting thyroid problems that have used the Mirena IUD that there can be no mistaking the connection. At this point, if you Google Mirena IUD, you’re likely to come up with multiple discussion groups about the problems women have had with it. The brand is getting nothing but bad press, but so far, it is still available and on the market.

The difficulty is that, even though the number of cases seems to indicate a connection between the Mirena IUD and thyroid problems, so far, not every physician agrees that one directly causes the other. It seems likely that, as time passes, medical facilities will conduct research that should definitely establish that the Mirena IUD is likely to cause thyroid problems in many women. That should be enough for the manufacturer to pull it off the market.

What Can You Do in the Meantime?

Till then, women who have used the Mirena IUD and have dealt with thyroid problems, as well as the other health issues we mentioned, would do well to contact a competent lawyer about their options. You may not be able to prove conclusively that the Mirena IUD caused what you’re going through, but it seems likely a class action lawsuit will begin at some point.

You need to contact an attorney and talk to them about this sooner rather than later because once you do so, you can work around the statute of limitations that exists in so many states. Even if medical studies prove in the not-too-distant future that the Mirena IUD causes thyroid disease and other problems, it won’t do you much good if you didn’t pursue legal action fast enough.

The courts have already dismissed some Mirena-related cases because they feel that the women waited too long to come forward. The statute of limitations varies quite a bit state by state, so keep that in mind when you speak to an attorney about this matter.

If you’re dealing with thyroid disease or one of the other health problems we mentioned, you shouldn’t let any more time pass before you take action. It seems likely that Mirena’s parent company will need to pay for this negligence at some point, and you can profit from that eventual court settlement.