It’s the crowning moment of any kid’s birthday to blow out the candles on their cake. There’s just one, pretty gross-out inducing problem with it.

Young children, in particular, might not be all that great at controlling their air output. It’s highly likely that in addition to blowing out the candles, they’ll spew a generous amount of saliva all over the cake.

That’s already not the most appetizing thing in itself. But with the COVID-19 pandemic, there’s a whole new element of communicable disease to add to the mess.

Many kids have been – and probably will continue to be – disappointed that they can’t hygienically blow out their birthday candles. If only there was a way to do it without the whole spittle thing…

Well, my friends, where there’s a problem, there’s a solution. Let us introduce you to the Blowzee, a handy tool for blowing out birthday candles without spreading germs all over the cake.

The Blowzee is essentially a hollow plastic tube with a fan at one end. When you blow into it, a sensor detects the air flow and activates the fan for a comparable burst of air.

Meanwhile, your germ-laden goes around the tube and gets thrown back towards you. The only thing your potential germs come to contact with is yourself. 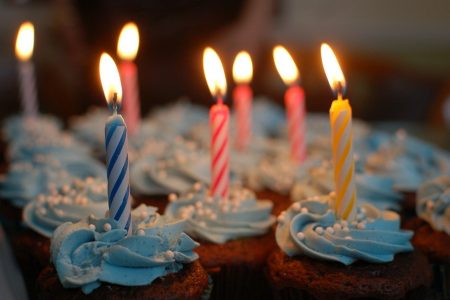 It Began with Disgust

The Blowzee is the brainchild of Mark Apelt, 44, from Richmond, Virginia. Despite its obvious pandemic-related advantages, the idea for the Blowzee was born before COVID-19 was a thing.

And it all started with a suppressed feeling of disgust when a child blew out some candles.

“We were at a kid’s birthday party with some friends. The sun was coming through the window at just the right angle so that you could see all of the droplets fly through the air and all over the cake,” recounted Apelt.

Apelt later discussed the spittle incident with some friends over a few beers. They’d all been at the same party and bemoaned the difficult choices of being a father.

On one hand, you really don’t want to eat the cake with spit all over it. On the other hand, as a father, you can’t really say no to having a slice.

Apelt’s gears started turning when someone made an off-hand comment about how there should be a tool to resolve the situation.

“I thought there had to be something, some device already on the market, but there really wasn’t,” said Apelt.

“Then, once the pandemic hit, we had a lot of time to think about it and a reason to work on the idea.”

That’s definitely one way to deal with quarantine boredom.

As Apelt got to working on his idea, his first instinct was to make a face mask. Because that’s what people want during the pandemic, another mask to wear.

However, that idea ended up going straight to the trash can.

“The first idea was trying to create a mask with a filter, but it was hard to blow hard enough to put out the candle,” Apelt said.

“Then I thought about a CO2 cartridge, but that was way too powerful. You’d have cake on the walls.”

Good call there, Mark. But the perfect Blowzee design was still eluding him.

The next iteration of the gadget was something Apelt compared to a vuvuzela, but that didn’t work either. Also, it made a really annoying noise when blown into.

“When we got closer to the Blowzee concept, we thought about putting some noisemakers in it to entertain the kids, but it’s annoying enough to a parent after about 20 minutes of listening to them blowing on those things without adding noisemakers,” the inventor mused.

Finally, after a lot of fine-tuning – and some design help from a freelance engineer – Apelt had his blueprints. Now he needed to find someone to build the things.

“We found a manufacturer in China, which is the only place that had the sensor we needed, and they agreed to make it for us,” said Apelt.

Lo and behold, the Blowzee was born.

Apelt first tested his device on some of his friends. He didn’t expect much, but turned out that kids loved the Blowzee.

“It’s more like a toy for them. We thought we’d sell one to someone who’s having a party but it turns out they’re buying multiples and putting them in those gift bags they give to everyone who attends the party,” Apelt said.

He now sells the Blowzee on its dedicated website for $14.99. The battery-operated fan can lower bacteria levels on the cake by 1,400%.

Yes, Apelt ran tests. He had his 12-year-old son spit into a petri dish and let the results grow. It wasn’t pretty.

Luckily, the Blowzee now prevents all those germs from getting into the cake. The sales have been good, but Apelt says the real treasure was the memories he made along the way.

“It’s been fun. It’s been great to see it out there, but a lot of it was the fun of just making connections all across the world and people offering to help figure stuff out,” he said.