The unfortunate fact of life is that, eventually, it ends. When it does, it becomes necessary to dispose of the earthly remains of the dearly departed.

Over human history, we’ve come up with various and increasingly creative ways to conduct funerals. In a bit of a continuation to our earlier list on weddings, let’s now explore some of the more strange and unusual funeral traditions from all around the world. 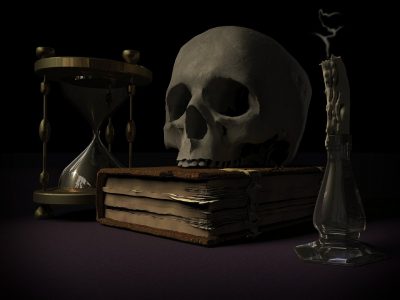 The Famadihana – or turning of the bones – ceremony of the Malagasy people in Madagascar isn’t a funeral per se. However, it involves the dead bodies of your loved ones, so we’re starting this list off with it.

Every few years, the Malagasy exhume what remains of the corpses of their ancestors and relatives. They wrap the remains in clean cloth and rewrite their names on the bundle.

Then, it’s time to lift the corpse up and dance to raucous music while parading the dead body around its tomb. When the ceremony ends, the corpse is reburied to wait for the next Famadihana.

The ceremony isn’t intended to desecrate the body. Instead, it celebrates the life of the deceased.

“It’s important because it’s our way of respecting the dead. It is also a chance for the whole family, from across the country, to come together,” a Malagasy man called Jean Pierre says.

Clearly the Malagasy don’t want their ancestors getting bored in their graves.

After a person is laid to rest in their coffin, the box then usually goes into the ground or somewhere else out of sight. Not so in some parts of Indonesia, the Philippines, and China.

Instead, the people of the regions will hang the coffins on steep cliffs or hill faces. There, the coffins will remain in plain sight.

There’s a couple of reasons for the cliffside graveyards. The first is simply to keep the corpses out of reach of both animals and potential graverobbers.

On the other hand, the practice is usually reserved for the most distinguished and respected members of the community. It’s a way to commemorate the dead – if their coffin is hanging from the cliff, they were kind of a big deal.

In some places, the people also believe that it’s easier for the dead to pass into the afterlife if they’re higher up from the ground. As long as there’s no sudden landslide to bring them crashing down.

The Anga people of Papua New Guinea mummify their dead. You might be thinking of the famous Egyptian mummies, but that’s not quite what this is all about.

When a person dies, the Anga will place the corpse in a contraption that resembles something between a chair and a cage. Then, they take the whole thing into a hut where the body is smoked for at least 30 days.

Yes, smoked, like you would smoke salmon. At the end of the process, the corpse is bone dry and highly resistant to decomposition.

The ritual is rarely practiced today, but many mummies from the days gone by still hang by Anga villages.

In some parts of Tiber and Mongolia, we find the tradition of sky burials. No, they don’t load their dead into rockets or catapults and fling them up to the sky.

Instead, the remains of the dead are taken apart. That’s to say, the corpse is chopped up.

Then, the parts of the body are taken to a tall, barren mountaintop and left there. Vultures and other animals will come and pick the bones clean, naturally disposing of the body.

The Buddhists traditions of these areas teach that a person’s spirit leaves the body immediately at the moment of death. What’s left behind is nothing but an empty vessel made of dead meat.

Feeding the body to animals is also seen as the person’s last gesture of goodwill on Earth. Allowing animals to eat the body is regarded as a charitable donation towards the greater circle of life.

There’s also a practical element to sky burials. The ground in the Tibetan mountains is often too hard to dig, and wood and fuel are scarce. Sky burials are therefore an economic way to dispose of the dead.

The Ghanaian funeral ceremony doesn’t really differ from any other Christian funeral. It’s the coffin itself that’s strange.

It’s become a recent tradition in Ghana to bury the dead in an elaborate coffin that represents their lives. A fisherman might get buried in a fish- or boat-shaped coffin, while a rich businessman might get to take a trip six feet under in a lookalike of the latest BMW model.

The fantasy coffin tradition started some 60 years ago. It was promoted originally by carpenters around the city of Accra, but it quickly spread throughout the country.

It’s always nice to have a memento of a loved who’s passed on. The residents of the island nation of Kiribati take that idea one step further, though.

Once a person has died, their relatives will lay out their body in their home. The body lies in state for up to 12 days, depending on how important the person is.

After the display period is over, the body is buried. Nothing too weird here so far.

After a few months, though, the relatives of the deceased will return to the grave. They dig up the body, decapitate it, and take the skull home.

The skull receives a thorough cleaning and polishing before going to its final resting place. That is, on display in the relatives’ home.

According to local beliefs, preserving the skulls makes it possible for spirits of the dead to join the native god Nakaa. Suppose it’s also nice to have your grandmother always watching over you.

Even if it’s just her skull on a shelf.