Sure, we at Oddee are in the business of covering the weirdest news we can find. But every now and then we come across a story that makes even us mouth, “what the f***?”

The schtick is always the same. A phone rings at a library and the librarian picks it up with a friendly “how can I help you?”

On the other end is a man who wants information about a court case — specifically the Brady v. Maryland case from 1963. He’ll claim that he doesn’t have a computer and asks the librarian to read the case file out loud so he can take notes.

As the librarian reads the file, it soon becomes clear that the man is enjoying what he’s hearing a bit too much. Yeah, he’s pleasuring himself to the text of the court decision.

In case the heavy breathing and other… Noises, don’t make it apparent, he’ll also say such wonderful things as: “Oh yeah, give it to me. Give me that exculpatory evidence. Spank those prosecutors!”

Look, don’t even ask us to explain this. 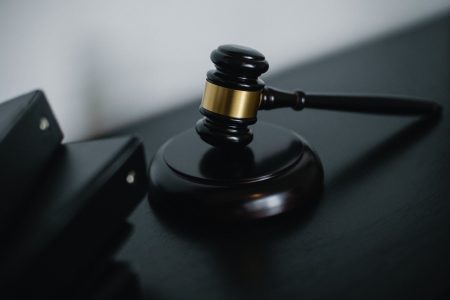 Like we said, this hasn’t been a one-time thing, either. The man has harassed librarians in several state, and apparently will continue to do so until someone stops him.

One anonymous librarian detailed their encounter with the court case pervert on their blog.

“He’s called multiple libraries and done this, and the FBI is supposedly involved and can’t catch this pervert that’s just calling libraries and getting off on librarians reading about some random court case,” they wrote.

The serial masturbator also struck up the librarian’s own workplace. Luckily enough, they found a way to shut him down.

“Apparently the dude called my work! And I wasn’t there for it but they put him on hold cause they were like, ‘Is it him?’” the librarian explained.

“So, they got a male coworker to answer the phone and he immediately hung up.”

Apparently, it just doesn’t tickle him right if it’s a man reading the case. Another librarian replied to the post, but this person had actually talked to the pervert.

“He has hit multiple libraries across the country. He’s called my library twice and another local library last week.”

This may not be the first time the man has terrorized libraries. According to a post on the Library Think Tank Facebook group a similar thing happened a few years back.

“Does anyone remember the guy who used to call libraries asking for John Grisham titles to be read to him out loud? I was a victim of that [more than eight] years ago and I think he just called again,” Facebook user Jess Stevens wrote.

“This time, he wanted an entire Wikipedia page read to him, so I’m just forewarning everyone that anyone calling for information on Brady v. Maryland should not be taken seriously.”

By now you might be wondering what’s so special about the Brady v. Maryland case. Do the case files detail some kind of a sexual assault, or is it a case concerning pornography, perhaps?

And that’s the weirdest thing about this. There’s absolutely nothing about Brady v. Maryland that anyone should write even remotely titillating.

It’s pretty much your bog-standard court case concerning the judiciary process. It’s significant in the sense that in it, the U.S. Supreme Court determined that the prosecution must hand over all evidence that could exonerate a defendant to the defense.

Did that get you all hot and bothered? Yeah, it didn’t do it for us either.

Even the case behind the Brady v. Maryland decision isn’t sexy in any conceivable way. It’s about two men who were sentenced to death for the 1958 first degree murder of an older man.

The prosecution didn’t deliver to the defense certain documents establishing that one of the defendants hadn’t participated in the actual murdering business itself. As a result, that man got his death sentence commuted to life in prison.

Now, did that turn you on? If it did, please keep it to yourself – we really don’t want to know.

Hopefully someone puts a stop to this library pervert soon. Until then, if you’re a librarian – beware the phone calls.