The founding of the U.S. Space Horse… Excuse us, the U.S. Space Force last year took the world by surprise and slight amusement. Granted, it was a logical step in the global arms race to see who will end up dominating the last frontier.

After all, it’s not like the U.S. is alone in shooting for the stars. For example, a couple months after the Space Force founding, India announced that it had developed a missile to bring down satellites.

The space wing of the U.S. military is therefore simply a tool to keep up with foreign military powers. To this end, the U.S. has stopped at no expense to outfit its valiant astrowarriors with only the latest, most high-tech equipment.

Like this mustang that they just got. No, it’s not even a car.

The freshest recruit of the U.S. Space Force is indeed a horse. In a July 23 Twitter post, the Space Force showcased Ghost, a five-year-old Bureau of Land Management mustang.

You could ask what business does a horse have participating in space warfare. Sure, his name is a bit ominous, but will that be enough to deter hostile forces from deploying military ordnance in the lower Earth orbit? 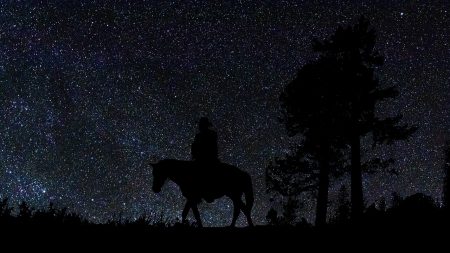 In a slightly disappointing dose of reality, Ghost will not be going into space. It’s a pity, since a horse outfitted in a space suit and laser guns would have actually been pretty awesome.

But alas, Ghost will not receive futuristic weapons training. He will probably never even see a space rocket for that matter.

What Ghost will be doing is joining four other Military Working Horses (MWH) at Vandenberg Air Force Base (AFB) in California. He’s the latest addition to the Conservation MWH program that was transferred from the Air Force to the Space Force in March 2019, said LiveScience.

“We enforce fish and game laws and the horses help us walk off the beaten path to complete our mission. We have even responded to lost hunters and hurt animals,” Terrazas explained.

You can look forward to our investigative piece on why the Space Force is managing a terrestrial nature conservation program. But for now, back to the horse.

To take on his duties, Ghost will undergo an intensive training program fit for an astronaut. He will go riding with his personal trainer three times a week to learn how to traverse the hills and beaches surrounding the Vandenberg base.

The help of Ghost and his… Equines-in-arms is essential for the conservation team. In many places, the terrain around the base is too difficult for motor vehicles to traverse.

“We are able to go through creeks and water with the horses, high hills that we wouldn’t be able to get through with off-road vehicles.

“There are places we’ve gone where the water is so deep that my boots are wet while on horseback, but the horses can walk through with no problems,” said Terrazas.

But getting around on horseback is not only about the terrain. One goal of MWH program is to reduce the air base’s environmental footprint and protect the 15 endangered species living around it.

For example, the threatened western snowy plover nests in the beaches surrounding the base. During this season, the MWH law enforcement team closes off the beaches and fines anyone found violating the order.

Indeed, the conservation program has authorization to enforce California state and federal laws. According to the Vandenberg AFB, each conservation officer undergoes a four-month land management training program.

“People see that we are conservation and assume that we can’t pull them over on the highway. However, we are federally accredited officers and can perform those duties as well,” explained Terrazas.

All jokes aside, Ghost is joining a team doing valuable work. Protecting our vulnerable critters is arguably even more important than riding to battle in space. Even if it doesn’t sound quite as glamorous.

For those who are just hearing about it for the first time, the U.S. does indeed have a Space Force. In February 2019, President Donald Trump signed Space Policy Directive-4, establishing the Space Force as the sixth branch of U.S. military. 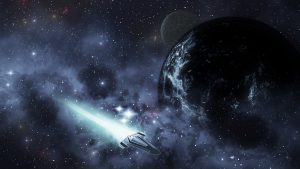 Joining the Air Force, Army, Coast Guard, Marines and Navy, the Space Force’s mission is to “secure and advance American dominance in the space domain”. Despite its independence, the Force will initially be governed by the Department of Air Force.

In the long-term, it’s set to become its own stand-alone organization, ready to boldly go where no U.S. military personnel have gone before. Maybe in the future we’ll even see space marines, like the ones in Aliens.

But seriously, why is the nature conservation team under the Space Force? If you know why, please educate us in the comments!