As a journalist, it’s good to hear from your audience. They can provide you with important feedback and news tips, and there’s probably something to learn even from the vitriol people tend to throw your way.

But in this case, a Florida TV news reporter can thank an eagle-eyed viewer for quite possibly saving her life. Thanks to an email, she ended up finding out that she had thyroid cancer.

The story begins in June when Victoria Price, who reports for WFLA-TV, was busy covering the on-going COVID-19 pandemic.

“As a journalist, it’s been full throttle since the pandemic began. Never-ending shifts in a never-ending news cycle,” she said in an Instagram post. “We were covering the most important health story in a century, but my own health was the farthest thing from my mind.”

That changed very quickly after one particular TV newscast. Soon after the show was over, she received a strange email.

It had no body text, just a subject line. The sender had signed it with her name, but Price had no idea who this person was.

The message read: “Hi. Just saw your news report. What concerned me is the lump on your neck. Please have your thyroid checked. Reminds me of my neck. Mine turned out to be cancer. Take care of yourself.”

“I didn’t know whether to panic or totally disregard this email. Was this a medical professional? A troll? An optical illusion from some weird lighting in my live shot?” she wrote. 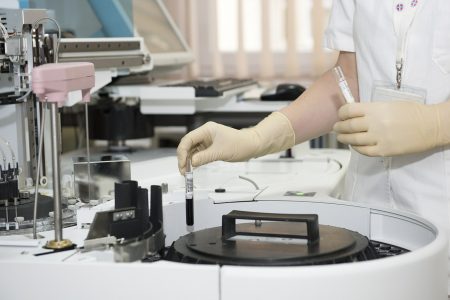 Price, who admits to often thinking she is somehow invincible, was set on ignoring the message. Her significant other decided to take it seriously, though.

“My lovingly-pushy boyfriend forced a phone into my hand and I called my primary care physician (PCP) to schedule an appointment,” Price recounted.

After an examination, the PCP indeed concluded that something was wrong. Price said that her neck was “a bit puffy” and her thyroid glands were swollen.

However, her family has a history of hyperthyroidism – a medical condition where the thyroid glands become overactive and can swell up. The doctor thought this was probably the case, so she ordered blood work and an ultrasound for Price.

The blood work came back fine. The ultrasound, however, was a different story.

Right in the center of Price’s thyroid was a “large and very suspicious-looking nodule”. In general, that is not a good combination of words to hear from your doctor.

Price’s PCP referred her to a specialist at Tampa General Hospital’s thyroid cancer center. Unfortunately, due to the coronavirus pandemic that she had spent so much time covering, Price said she experienced some delays.

She finally got to see the specialist though, and their answer on July 21 confirmed what Price was already probably suspecting.

She had thyroid cancer.

Hearing such news will still come as a shock, no matter how prepared you think you are. When the doctor asked Price if she had questions, she said of course she did – she’s a journalist, after all.

“My head was exploding with questions. What? When? How? Am I going to die? Will this affect my voice? Will I be forced to forever don a turtleneck in the scorching Florida sun to hide an unsightly scar?” said Price.

Ultimately, though, she simply asked: “What’s the game plan?”

“That’s how it happens in a newsroom. Chaos ensues. We take care of it. We move on,” she shrugged.

Luckily, the game plan at least sounds fairly simple. Price was told to take the last week of July off work so the doctors could remove her entire thyroid gland, along with some lymph nodes.

She would also undergo a CT scan and a biopsy. The good news is that Price should be back to work after that one week of sick leave.

“Doctor says it’s spreading, but not too much, and we’re hopeful this will be my first and last procedure,” Price wrote on Instagram.

As far as cancer treatments go, that really doesn’t sound all that bad. Good thing she got that early warning from her viewer.

Speaking of that early warning, Price still doesn’t know who her mysterious helper is. She did reply to the message with her heartfelt thanks, but never heard back.

“Maybe she was a guardian angel? Who knows,” she mused.

But Price tells her savior to not feel obligated to email her back. She’d already saved her life and that is more than Price could have ever asked for.

“I will forever be thankful to the woman who went out of her way to email me, a total stranger. She had zero obligation to, but she did anyway,” Price said.

“Had I never received that email, I never would have called my doctor. The cancer would have continued to spread. It’s a scary and humbling thought.”

Perhaps luckily for Price, thyroid cancer is rarely lethal on its own. Out of the roughly 50,000 annual cases (75% of them in women), 98% of them go on to survive it.

Be that as it may, she was lucky to have a stranger look out for her. Cheers to the guardian angel with an email account.