From robotic mules to trying to weaponized hallucinogenic drugs, the U.S. Army has tried a lot of things that sometimes cross into science fiction territory. This time around, they’ve really gone out there, though.

Recently, the scientists at the U.S. Army Research Office finished a study whose results seem to open doors even to the supernatural. We’re talking about telepathy here, folks.

Communications is one of the greatest challenges for soldiers – it’s pretty hard to carry out orders if you don’t know what they are, after all. Imagine, then, what a squad of telepathic super troopers could do. 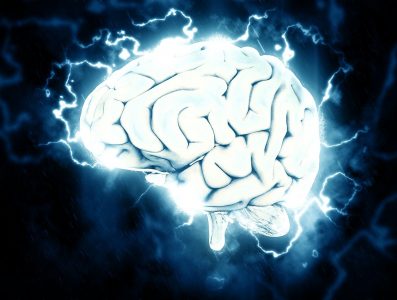 As fantastic as it sounds, the Army’s research is firmly based in science. And when you start looking into it, calling it telepathy is actually kind of out there.

But hey, it made for a catchy headline.

What the Army scientists have done in reality is develop a new kind of machine learning algorithm – or AI. This algorithm is able to tell brain signals that affect behavior or action from those that do not.

In other words, the AI can recognize a brain signal intended to carry out an action, like moving an arm.

“Our algorithm can, for the first time, dissociate the dynamic patterns in brain signals that relate to specific behaviors and is much better at decoding these behaviors,” Maryam Shanechi, assistant professor at the University Of Southern California Viterbi School Of Engineering, said in a statement.

You can see how equipping soldiers with technology that reports their actions as they’re carried out could have some significant impacts. A commander could, for example, follow their soldier’s movement and positioning decisions in real-time.

It is precisely this kind of an application that researchers have primarily in mind. Hamid Krim, a program manager for the Army Research Office, said the technology could give commanding officers direct feedback from a soldier’s brain.

This would allow them to help soldiers take corrective action before an event even happens in reality.

Krim gave an example of situation where a soldier realizes they’re dead tired. The commanding officer sees this, and can immediately order the soldier to take a breather.

The logical next step from this situation, according to Krim, would be to enable full-on silent communication by transferring brain signals between the participants. Telepathy, in a nutshell.

“In a theater, you can have two people talking to each other without even whispering a word,” Krim told C4ISRNET.

“So you and I are out there in the theater and we have to talk about something that we’re confronting. I basically talked to my computer – your computer can be in your pocket, it can be your mobile phone or whatever – and that computer talks to your teammate’s computer. And then his or her computer is going to talk to your teammate,” he explained.

So it’s not really enabling the kind of paranormal telepathy that the $6.25 million research project is aiming to do. Instead, they’re just trying to teach a computer to read your brain for what you want to do and send that message forward.

That might actually be even more awesome, now that we think about it.

‘M’ is for Medicine, not Military

The Army’s research could open more than just military doors, though. The kind of brain-machine interface it enables could improve civilian lives, as well.

“[It] can discover shared dynamic patterns between any signals beyond brain signals, which is widely applicable for the military and many other medical and commercial applications.”

For example, imagine someone with a prosthetic arm. Even though prosthetic technology has advanced in leaps over the last decade or two, the artificial limbs are still clumsy at best.

This research could enable a whole new level of limb control for amputees. Arming the prosthetic with computer that interprets the user’s brain signals directly has the potential to greatly improve the level of control.

According to the researchers, the technology could even allow fully paralyzed people to move again. They would only need to be fitted with an appropriate supporting machinery on their limbs.

These kinds of far-out applications are, however, still “decades away”, says Krim. The scientists have identified action-related brain signals in tests on monkeys. Human applications are a whole other story.

“You can read anything you want. That doesn’t mean that you understand it,” Krim said, talking about the technology’s ability to identify the brain signals.

The ultimate purpose of the research, Krim says, wasn’t even necessarily a military one. The scientists wanted to come up with a way for a human brain to directly communicate with a machine.

“At the end of the day, that is the original intent mainly: to have the computer actually being in a full duplex communication mode with the brain,” he concluded.

Getting functioning telepathy out of it all is just an additional plus.