Did you read The Weirdest and Funnest United States Roadside Attractions: Part One? Whether you liked Cadillac Ranch or the largest ball of twine better, there were a whole bunch of fun things to see from that article.

Here are more though, and you may even like these best. You be the judge.

Considering the Chicago Dog won’t even be served with catsup, it’s interesting that this state had a city where the world’s largest catsup bottle resides. Or is it just me? This 65-year-old, 70-foot-tall tower now is a regional landmark. It’s listed in the National Register of Historic Places. 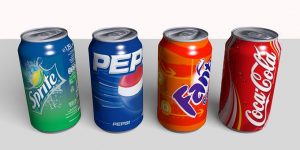 Home of the giant Pepsi can. Ok, so it isn’t that big, But in comparison to a typical size can, the term giant could be used to describe the can. This is all though. There is nothing else there. And obviously, if you’re trying to get Coca-Cola there, you’re going to be out of luck. 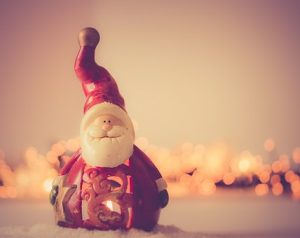 So, of course, you can find the world’s largest Santa in this town called North Pole in Alaska. You’re right, it’s not the real North Pole, but that didn’t stop this town from using the name to its advantage. The 900 lb statue they have of St. Nick is really just a giant advertisement for the Santa Claus House. This place is just like your childhood (or maybe even your adult,) dreams, in that it’s a place where Christmas never ends. 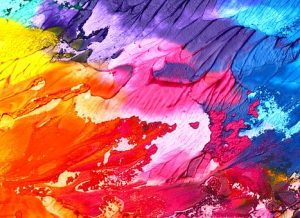 A 50 foot hill in the California desert has been covered in 100,000 gallons of paint. Leonard Knight painted this hill as a “tribute to God” slash art exhibit. He spent almost 30 years painting the born-again biblical messages on the mountain until he passed away in 2014.

If you’re a clown fan, you should visit this roadside attraction. Well, not really a clowns but a jack-in-the-box, but same difference. It’s just that, too. A really, really tall, really, really creepy 600-pound clown head atop a 50 foot tall grain silo advertising Wild Bill’s Nostalgia Center. Off all the weird but fun roadside attractions, this is random and a must see. 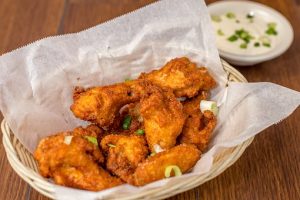 This city is home to the world’s largest chicken wing. And if you know Florida at all, you know it is pretty much home to all the weirdest things to see. But who doesn’t want to see the thousand-pound chicken wing and eat at Hooters, too? And don’t forget to get a photo opp in while you’re there.

If you want to see the world’s biggest beagle, then you will have to visit cottonwood, Idaho. The giant dog is actually the Dog Bark Park Inn. This 27-foot-tall B&B/Trojan Dog has a single room within the dog’s belly. This hotel of sorts is connected to a park that’s filled with quirky dog paraphernalia created by a self-taught chainsaw artist.

Between part one and part two, you must have so many roadside attractions you are just dying to see! For me, it’s still the biggest ball of twine. I just have to get there to see it!