As a road trip fan, there is nothing better than finding roadside attractions. And, the weirder the better!

These roadside attractions may surprise you. They may even turn to to be your favorite part of the road trip!

If you stop in this town, you have to get a picture with the population sign! A lot of us think we come from small towns but this town, well, it’s America’s smallest town. Literally, the population of Bufrod is 2. Yes, two people live there. Originally, the town was just called Buford and was founded in 1866. The construction of the continental railroad was happening at the time and the town grew to 2,000 residents before shrinking down to one, sole citizen, who put the one-acre town up for auction in 2013. Two guys bought it up and slapped a Vietnamese coffee brand they sell, PhinDeli, onto the town’s original name to help with advertising. 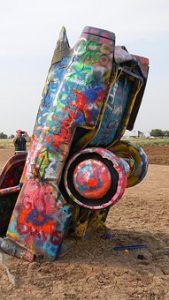 This junkyard is like nothing you have ever seen before. Cadillac Ranch has ten upside-down Cadillacs that are half-buried in the middle of the desert. All the cars are allegedly tilted at the same angle as the Great Pyramid of Giza. This would be a good photo opp, too, but otherwise there isn’t much to see or do at this roadside attraction.

For anyone from Wisconsin, you may not even know about this town. (I didn’t!) But in case the aliens come, there is a place to land their UFO, so I bet they know about Poland, Wisconsin. But really, if aliens did visit and they wanted to park their UFO, why, oh why, would they park it on a sketchy 42-feet-tall platform made from an empty fuel tank? No one knows, but if they want a place to park, it’s all theirs. 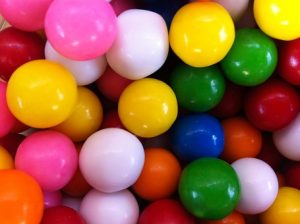 This one is short and sweet, or tall and saliva covered, as it were. The Seattle Gum Wall is a thing to see. This wall is obviously full of color because of the gum but also full of mouth bacteria and saliva, also because of the gum. This is weird when you think about but looks awesome and would be super fun to take a picture in front of. 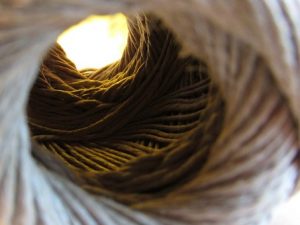 This weird roadside attraction may be cool to see, but don’t go out of your way for it. It’s a giant gorilla holding up a VW Beetle in front of Pioneer Auto Sales. That’s it. So again, weird and cool to see but not something to drive to, just to see it. Unless of course you love gorillas and want to see one holding a car, then you may be excited to go there, and soon!

This state is full of beauty, mountains, and canyon lands. This place in Moab was originally built in the 1940s as a 14-room cave house and gift shop. It also has a small zoo, lots of Native American pottery, and the largest collection of Lyle Nichols metal art sculptures.

These are weird and cool roadside attractions and honestly, who wouldn’t want to see them? Especially if you are driving through anyhow, these stops would make any road trip more fun. Watch for a part two, coming soon!