Bob Weighton, the older man, is old enough that he survived the Spanish Flu, the world’s last pandemic, along with two world wars. He said that nothing in his 11-plus decades has prepared him for life under quarantine, during this coronavirus pandemic. 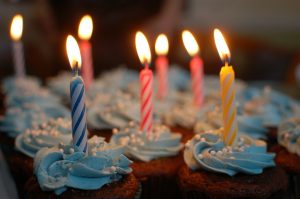 Weighton lives in an assisted living facility and they did arrange to have “Happy Birthday” sung to him during his birthday last Sunday. Of course, he kept a safe distance while listening to the song from his balcony.

He was also give a very memorable present, a plaque from Guinness World Records honoring him as the current holder to the title of World’s Oldest Living Male.

He was awarded with the record after the former holder died on this past February 23rd. The previous record holder was 112 years and 355 days old when he died.

But it turns out that Weighton had mixed feelings about the honor. “I can’t say I was pleased to hear the previous holder had died but I am very pleased that I’ve been able to live so long and make so many friends,” he said.

Even after living through what he did, Weighton just never thought or was prepared to live a life through something like the coronavirus. “It is bizarre. I’ve never experienced anything like coronavirus before,” he told the paper. “I’m a bit frustrated but then again I’ve been in situations where you just had to accept what was happening.”

Well Weighton was happy to accept the plaque, he did turn down a birthday card from Queen Elizabeth. “I had about 10 and I don’t see why I should require the Queen to keep giving me cards,” he said. “It costs the taxpayer, not her, something, so I have selected one in which she is smiling, looking happy and contented and that’s the one I like and I keep that.”

Happy Birthday to the oldest man in the world.