For the first part of this story, please read The Lab Monkeys Escaped, and the Airlines Are Done Transporting Them: Part One.

The U.S. Department of Transportation has been pressed this last year, the airlines wanted them to ensure animals that are used for legally required drug-testing weren’t excluded.

“Laboratory animal models are not only essential for facilitating our nation’s response to the ongoing COVID-19 pandemic, but also play an integral role in understanding various other diseases afflicting numerous Americans, including Alzheimer’s disease, cancer, and diabetes,” the group wrote. “As other nations accelerate investments in research and development, we are concerned that leaving this issue unresolved will unnecessarily delay U.S. research productivity and weaken our nation’s ability to respond to future public health crises.

PETA and other animal rights groups, over the past 10 years, have successfully convinced most airlines to stop carrying primates for research reasons. Their argument is that it’s cruel to the animals and that there isn’t enough success correlated with the experimental treatments and cures.

It also put humans at risk due to exposure of transmissible infectious diseases.

“Monkeys are complex beings whose most basic needs — home, family, and community —aren’t met in laboratories,” argues PETA Vice President Dr. Alka Chandna. “Kenya Airways’ decision is important for all of us because the global transportation of monkeys also risks the possibility of emerging infectious diseases.” 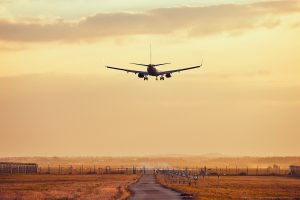 Demand for lab monkeys in the U.S. has soared throughout the pandemic, prompting breeding animals at domestic primate facilities with larger investments. Demand was already considered ‘high,’ due to increased efforts on HIV/AIDS research.

China, one of the world’s largest exporters of the cynomolgus macaques involved in the Pennsylvania crash, stopped shipping the monkeys during the pandemic. Pharmaceutical companies prefer these monkeys compared to the rhesus macaques, preferred by academic labs.

Significant investments have increased over the last two years to increase capacity for primate research centers, by the U.S. National Institutes of Health. The Biden administration has called for greater funding of a domestic supply of captive lab monkeys as well, in response to vaccine research and readiness for a pandemic in the future.