The average American eats 40 pounds of cheese a year. From nachos to spray cheese, most of us grew up with American singles. But at the dawn of 20th century, it doesn’t exist. 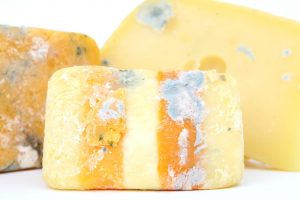 Cheese is a $144 billion empire. But in the early 1900s, more Americans than ever working long hours at factories. Dairy was a nutritious option and cheaper and easier to find then bread and eggs. But eggs have calories and are high in protein, which is good for hardworking people.

Urban life in those days was disgusting in most ways. At the time, dairy consumption was up but remember that this time period predated refrigeration of any kind. In Wales alone, 65,000 people died of tuberculosis related to spoiled, moldy or tainted dairy.

He went from Buffalo to Chicago for business but once in Chicago, he got fired. He was stranded with $65 to his name. He came from a Mennonite family and had a good work ethic. He first learned about cheese as a store clerk, spoilage being a huge part of it.

Cheese at the Time 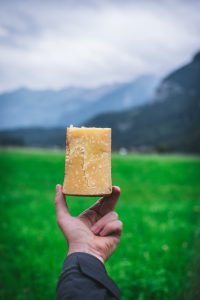 Cheese was made by small and local producers. There were no prepackaged national brands.

Most of the cheese that was being produced wasn’t being consumed because it would go bad, or you’d end up cutting off as much as you consumed.

Kraft got some, ate it, and realized that the shelf life of cheese would save it from spoilage. He put a chunk of cheddar into a heated (to kill off any pathogens or germs) mason jar, thus preserving freshness and food safety.

First of its Kind

In 1905, he took a sealed jar and labeled it with the name James Kraft. It was the first packaged cheese in America.

He buys a horse and wagon to create a cheese distribution business in Chicago. James kraft invests his $65 into a business with an unknown product and doesn’t know if it will catch on.

Nearly 100 miles away, Kraft’s soon to be biggest rival is in the beer business, on of the largest in the country, Pabst Brewery.

Milwaukee was an epic brewing center with Pabst, Schlitz, Miller, and Blatz. Pabst wanted to be the number one beer in the world. 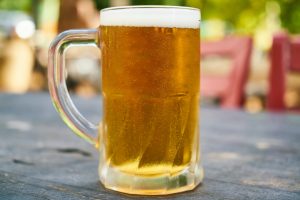 Gustave and Fred grew up brothers under the Pabst company. Gustave was president of the company and had been groomed for it since his teenage years

Fred wanted to do his own thing, he had agricultural interests. In 1905, Fred Pabst resigns from the company. It’s all Gustave’s now.

In the most aggressive strategy in company history, he is now on a collision 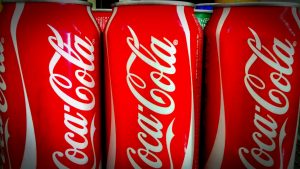 course with James Kraft. In 1910, across the United States, brands like Coca-Cola, Nabisco and Campbells are replacing regional products. In Chicago, James Kraft has his sight set to create a brand of his own and sell labeled, prepackaged cheese.

He’s been going home to home with a horse and wagon working hard. Soon he brings on Norman, his younger brother, to help with the business.

Jars help with freshness but only for a few days. His cheese is molding and has bacteria and is spoiling, just like everyone else in the dairy industry. The brothers talk about packaging. Kraft says even if there was a better way to package it, as soon as the customer opens it, it’s a ticking clock.

Cheese is traditionally made using acid for curds and whey and then pressing for curds. Commonly used rennet acid is an enzyme from some animal’s stomachs.

Kraft says if he can reinvent the process, he can make a fortune. He wants to make a new kind of cheese but has no idea how to make it. 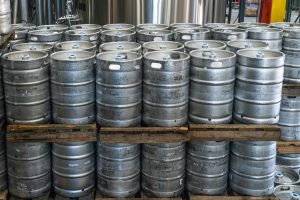 In Milwaukee, Pabst is busy with renovations and has the factory running 24/7. By 1914 production is higher than it’s ever been but just in time for prohibition

Pabst thought that beer wouldn’t be included in the prohibition ban. He fought hard against it.

He launched an aggressive PR campaign to distance beer from liquor. He was proactive and wrote an article for Cosmopolitan with all the benefits of drinking beer (versus liquor and how bad it is for you.)

For more on American cheese, go to The History of American Cheese: Part Two.