Did you read The History of American Cheese: Part One? Because this is part two.

Cheese is such a loved food, to revolutionize it, it’s crazy. Kraft knew he needed a long lasting product that was resistant to spoilage.

Kraft began playing around with pasteurization. The process started with wine but back then it was mostly unheard of. When you heat cheese, it melts and looks disgusting, Kraft said. After a year of work, he still had nothing to show for it. He was about to lose what little he had left. 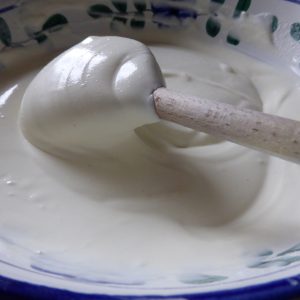 In 1914, WW1 raged in Europe, but Americans didn’t see it as “our conflict or our war.” Kraft spent hours and hours stirring his cheese and trying to create a new cheese product. He did this for three years.

Finally, Kraft discovers that if you use emulsifying salts, it keeps the fat and oil from separating. The result is a smooth and even product. He doesn’t know if he’s got a shelf stable product, if not, it could have bacteria that causes diphtheria to tuberculosis. He left it out for 10 days to test longevity.

He tried it and proclaimed it delicious. He produced a shelf stable product with 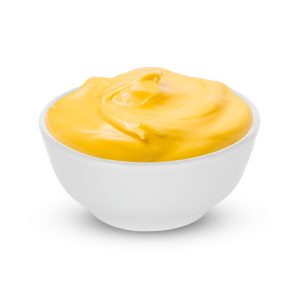 pasteurization. It could be shipped, reproduced, it lasted a long time and had great flavor. In 1914, Kraft puts in everything he’s got to bringing his new processed cheese to market. Kraft wants to introduce American cheese to the world.

The visionary known as Kraft is drowning in debt. It’s hard to convince people that this cheese is good, that it doesn’t have bacteria and is self-stable.

Back in Milwaukee, Pabst is also on the brink of disaster He had worked tirelessly to keep beer safe from the temperance movement and was alone in it all because his brother was at the farm.

Gustave is starting to think about cheese and then by the mid-teens there was a real momentum to prohibition. Counties and states started to go dry. His attempts were failing and if he cannot keep up, his company would collapse.

The Customer’s Aren’t ‘Buying’ It

By 1917, Kraft has spent years perfecting his shelf stable cheese. However, customers aren’t buying it and as a result the company was bleeding money.

The US Enters WW1 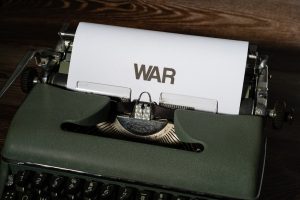 Kraft’s cheese was light weight, full of calories and stable enough to ship. He got brave and reached out to the army with his product. By the end of WW1, the government had bought 6 million pounds of his cheese. Kraft’s profits soared and he had money for a new factory.

In addition, the troops are coming home. They have a taste for his cheese and they want more of it. In 1918, years after his starting his company from $65, Kraft’s sales reach the equivalent of $119 million today. His signature product is the first cheese to be shipped coast to coast.

National and In Control 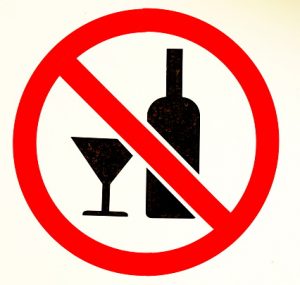 In Milwaukee 1919, the 18th commandment made prohibition the law of the land. He started looking into other products. Things like bottled water and Pablo, which was near beer, but basically tasted like an oatmeal flavored beverage in a bottle.

Gustave meets with Fred and Gustave says he’s stepping down from Pabst. He told him he thought he should know. Gustave was over it. Fred Jr was sentimental and didn’t want to see it all disappear, he knew he was going to have to fight to save it.

Fred’s ingenuity will put him face to face with Kraft cheese.

Pabst had a network of distribution; Fred chose processed cheese because it could be transported easily by rail across the country. Pabst-ett was a cheese the brewer came out with. It was orange in color and pasteurized. The cheese had cookbooks too, with ideas on how to enjoy the cheese.

Sales of the new cheese were $1.5 million, equivalent to $22 million today. In 1930, Pasbst-ett made 8 million pounds of cheese and took a huge chunk out of Kraft’s market share.