Land-based casinos and classic games go back centuries, but in recent history, the breakout of online casinos has seen the industry continue to grow — in size, variation and popularity! From classic table top games and retro bingo, to thrilling slots and live-action games, all are available to play online, right at your fingertips. 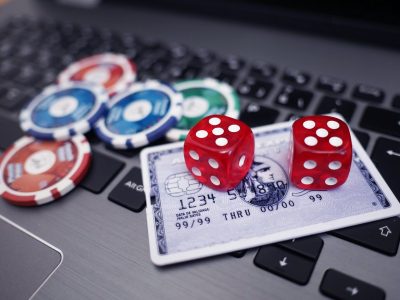 If you visit one of the most popular online casinos today, you’ll be presented with a whole array of games to enjoy. But did you know this wasn’t always the case? Read on as we delve into the past, present and future of online casinos, and in a way that is paramount to any casino game — by the numbers!

This number is the most significant, as it’s where it all began. That’s right, the first predecessor to online casinos was developed in the year 1994. Compared to the elaborate casino sites of today, that are jam-packed with lots of games, the first real-money gaming company on the internet only offered a few games, and had the simplest interface. The software that made it happen was developed by Microgaming, which has gone on to become a major company in the gaming industry.

Just two years late in 1996, InterCasino — another provider still popular in the industry today — established the first ever real-money online casino, which gave its players the chance to bet with real cash with an integrated online payment system.

By the end of 1996, there were only 15 online casino sites, but just a few years after its introduction, in the early 2000s, the Internet was abundant with gaming providers, with over 200 of them located in the UK.

Things got even better for the growth of casino, as in 2005 the Gambling Act was created, which meant that it become completely legal in the UK. The act fully became active in 2007, and by the end of 2008, the British casino industry was worth over £8.36 billion.

From 2013, you could access over a hundred casinos from your mobile phone, and now operators have even developed their own apps for players to download.

In the present day, its estimated that there are a whopping 1.6 billion gamblers across the world, both taking part in their favorite games in land-based casinos and online sites. 25 million of those are based in the UK, and out of that number, 10 million Brits choose to play casino games on the web. This means that in the UK alone, the online casino sector has a value of £14 billion.

As ever, the casino industry is one of the most fast-paced, growing sectors in the world, with online games continuing to be the preferable choice for players.

Now, let’s look to the future of the casino. Across the world, online casinos have continued to rise in popularity, and by 2023 its estimated that the industry will generate a huge revenue of $92.9 billion! This can be attributed to the fact that online casinos are legal in the majority of countries, in comparison to land-based establishments. Plus, countries such as Malta, France, Germany and Spain have also legalized online gambling, contributing further to the growth and evolution of the casino.