We’ve seen efforts being taken all over the world to reduce the spread of COVID-19, as lockdowns come into place and restrictions are put on not only the general population, but on businesses and events too. But among all of the effort put forward to slow and stop the spread, we’ve also seen some odd, or just downright stupid behavior from others, too. 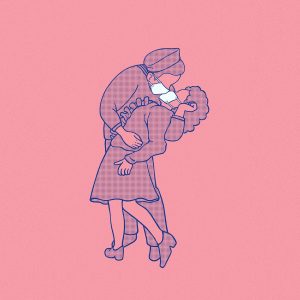 We have seen some weird challenges pop up from the use of TikTok, a video sharing social media platform. Nor a challenge that follows something so similar too – it wasn’t long ago that some prosecutions were being handed out to those taking part in a “challenge” that involved licking ice-cream in supermarkets, and you’d think these people would either learn a lesson or develop some level of common sense, but that isn’t the case as we’ve now seen a second person take part in the so called “Coronavirus Challenge,” but unlike the person who started the challenge, had a slightly different experience afterwards.

Ava Louise, a 22 year old, first started the challenge on TikTok whilst on a flight – the “challenge” was to lick a toilet seat in defiance of all the health and safety information put forward – but also to defy all semblance of common sense too it seems. She had been met with a lot of backlash following the video going viral, as people were very open to show their disgust at the action. She had stated that it was more of a publicity stunt, that the toilet was on a private plane and was cleaned and sterilized prior to the action, and has no ill health effects following – but despite what many would imagine, a second person did actually do this too.

Larz, another “influencer” on the platform was part of the craze that saw teens licking the tubs of ice-cream in stores, and not one to miss out on a trend, felt he should also get in on the toilet licking madness. But unlike the previous case, precautions weren’t taken in this instance – instead of a toilet on a private plane, this was a toilet in a public bathroom and a week following his video being released, he announced in a video that he had since contracted the virus in a video of him languishing in a hospital bed – a stark difference from the excitement he had shown in the prior video.

With the severity of the virus spreading and infection numbers going up – doing an act like this seems a very strange bet to make. If you’re feeling adventurous and need a rush like that, putting some money on your favorite horse or finding the best bingo sites not on Gamstop – are much safer ways of doing so, at least these don’t have you licking toilet seats and exposing yourself to a deadly virus. And as we see increasing reports of youngsters on social media doing acts such as this, and those being punished for licking items in public spaces, or for coughing on open food containers for whatever reason, it begs the question of how far will these “influencers” go to gain a following.